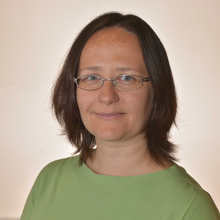 Department of Molecular Sciences and Nanotechnology
University of Venice
Italy

Department of Molecular Sciences and Nanotechnology, University of Venice, Venice, Italy
Postdoc in a group of Prof. Achille Giacometti
(2014 - to date)


I have participated in the project "Innovative tools for cancer risk assessment
and early diagnosis" funded by AIRC (Associazione Italiana per la Ricerca sul Cancro),
on the development of computational protocol that predicts the binding affinities of protein complexes,
starting from the structural information only.

Protein-protein interactions play an essential role in the biological function of many proteins.
Recently, a non-redundant set of non-obligatory protein complexes has become available for which
the binding affinities and the structures of both the protein complex and its free components are
determined [1,2]. This set is diverse in terms of both the binding affinities
that span nine orders
of magnitude and the biological functions of the reported complexes and thus represents an ideal benchmark
to test theoretical methods and predictions.

The recently reported BACH statistical potential [3], based on residue pair contact
energies and single
residue solvation energies, showed excellent performances in discriminating the native states of monomeric
proteins among large sets of alternative conformations. We employ the above set of experimental structures to
test a new flavor of the BACH potential with the aim to predict the binding affinities of protein complexes.
The latter is in general a very difficult task [1,4] and we will show how three distinct
features are needed
to improve the predictive performance of our method. The first is the introduction of a novel residue-residue
contact class that distinguishes the polar and apolar nature of interaction of contacting side chain atoms.
The second is averaging the BACH scoring function over thermal fluctuations, as estimated from molecular
dynamics (MD) simulations initiated from the experimental structures [3]. Finally, we will discuss
the crucial role of entropic corrections to the free energy of binding,
focusing in particular on the vibrational entropy
evaluated by means of coarse-grained elastic network models. A fundamental step in our method involves the
finding for each single structure, either a complex or a free subunit, of the proper elastic constant to be used
in the network model. This is achieved through the matching of the residue mobilities predicted via the
network model with the mobilities obtained via MD simulations. Overall, our results emphasize the importance
of vibrational entropy in the binding process of non-obligatory complexes.

The dynamics of complex, thermally driven systems, like biomolecules or
chemical reactions, shares several important features with quantum systems, in which
the behavior is intrinsically non-deterministic. In view of these analogies, the
so-called Dominant Reaction Pathways (DRP) approach [1] was developed to study
the
low-energy dynamics of soft condensed matter systems of biological interest, namely
protein folding reaction. This approach allows one to bypass the problem of the
presence of large number of very different time-scales (that limits the practical
application of Molecular Dynamics), by adopting the path space description. The DRP
framework allows to very efficiently compute the statistically most significant
pathways that connect given denaturated configurations to the native state at an atomic
level of detail and employing realistic force fields.

The project that I was involved with is the calculation of the dominant
folding pathways of the protein consisting of three antiparallel beta-strands,
namely the Fip35 WW domain, using DRP approach with atomistically detailed force field
and coarse-grained models [2]. Our results showed that the folding trajectories
are not heterogeneous, but rather suggest that the folding
proceeds through two dominant channels, defined in a hierarchical order of hairpin
formation. This result is in agreement with the Weikl's analysis of kinetic experiments
[3], as well as with the Krivov's analysis [4] of
the ms-long equilibrium MD simulations of this system performed on a special-purpose
supercomputer [5]. Our results also suggest that the choice of the folding
pathway is strongly correlated with the structure of the denaturated configuration from
which the reaction is initiated.

The proteins with topologically non-trivial native structure (knotted proteins),
represent an ideal playground to investigate the interplay of enthalpy and entropy during the
folding process. Thus we have been examining the folding mechanism that leads to
the formation of knots in proteins [1-3].


Firstly, we have employed the stochastic Monte Carlo
scheme within a coarse-grained model (on the amino-acid level) that  employes the
potential energy function that has both native-centric part [4] and the
non-native part [5], based on statistical potentials that measure the propensity
of a given amino-acid pair to form a contact.

We have concentrated on the early stage of the folding transition of two
homologous proteins, one of which displays the knot in its native state. We find that
the non-native interactions promote the formation of knots in the denaturated state of
the protein with a topologically non-trivial native structure, consistently with recent
experimental studies that suggest that the denaturated ensemble of the natively knotted
proteins have high propensity to be knotted [6]. On the other hand, the same interactions
have no effect in the unknotted protein. In addition, we find that if the non-native
interactions are neglected, no knot is formed in the denaturated state of either protein.
We argue that the knotting occurs through the threading of the alpha-helix near the
C-terminal through unspecific loops, formed in the inner region of the chain. The same
effects are also observed in the folding of two other knotted proteins, which have
different length and belong to different families.

Secondly, we have performed the first atomistic simulation of the folding of a knotted protein within
a realistic force field. We have found that, apart from promoting knots, non-native interactions modify
the structure of the folding pathways. This effect is quite surprising, because the inclusion of
non-native interactions is expected to increase the degree of frustration in the potential energy landscape.
One therefore expects that this would lead to a greater entropy of the ensemble of folding pathways.
The fact that they are found to suppress the folding heterogeneity may be interpreted that even non-native
interactions may act in a cooperative way [1,3].

In order to survive in a permanently cold environment, psychrophilic microorganisms synthesize proteins
that are resistant to cold-induced denaturation and misfolding [1]. On the other hand, the native states of these proteins
are often only marginally stable, or even unstable in temperate environments. This case clearly illustrates how, in order to understand
at the molecular level the principles that regulate the adaptation of microorganisms to different thermal environments, it is crucial to
identify the general physical principles that shape the structure of the proteins' free-energy landscapes. From this perspective, it is
particularly useful to compare the folding thermodynamics of homologous proteins produced by species which are evolutionarily closely
related, yet ecologically separated, such as are species living, one, in polar waters and, the other one, in temperate waters. In this way,
it appears to be easier, at least in principle, to identify specific structural features that are more directly responsible for the thermodynamic
stability of the protein native state.


We have studied protein unfolding/refolding thermodynamics by means of Monte Carlo (MC) simulations in a coarse-grained native-centric
model, that complements a recent analysis of circular dichroism (CD) spectra [2] of two closely homologous families of water-borne
signaling proteins (known as pheromones), which regulate the vegetative (mitotic) growth and sexual mating [3] in two
ecologically separated {\it Euplotes} species, {\it E. raikovi} (mesophilic) living in temperate waters and {\it E. nobilii} (psychrophilic) living
in polar (Antarctic and Arctic) waters [4].

During my PhD studies I have applied different flavours of quantum Monte
Carlo methods (variational, diffussion, path-intagral and reptation [1]
to study the dynamics of helium droplets doped with molecular impurities [2].
Namely, I was involved in the calculations of rotational excitations of
these systems. In particular, I was devising
symmetry-adapted imaginary-time correlation functions to study the rotational spectrum
of doped He-4 clusters within the frame of the reptation
quantum Monte Carlo method. The success of this approach relies on the choice of suitable
correlation functions, whose spectral resolution is dominated by few, well separated
eigenvalues of the Hamiltonian. Under these conditions, reliable excitation energies
can be extracted by inverse Laplace transform. This method has been tailored for bosons,
due to the positivity of the ground-state wave-function and to the distinctive scarcity
of low-lying states. For sufficiently small systems, however, the states of the discrete
spectrum can be calculated in the same manner also with Fermi statistics, using
appropriate generalizations of the correlation functions, so that rotational spectra of
doped He-3 clusters could be extracted.

"From Polymers to Proteins: the effect of side-chains and cylindrical symmetry on the formation of
secondary structures within a Wang-Landau approach", Tatjana Skrbic, Artem Badasyan, Trinh Xuan Hoang,
Rudolf Podgornik and Achille Giacometti, submitted to Soft Matter

"Adsorption, desorption and diffusion of extended objects on a square lattice", Ljuba Budinski-Petkovic and Tatjana Tosic,
Physica A 329, 350 (2003).

"Satellite bands in the rotational spectrum of doped helium clusters",
Tatjana Skrbic, Saverio Moroni and Stefano Baroni,
Bulletin of the American Physical Society on the occasion
of the 2006 APS March Meeting, http://meetings.aps.org/link/BAPS.2006.MAR.Q1.238

"Rotational spectrum of small, doped He-3 clusters",
Tatjana Skrbic, Saverio Moroni and Stefano Baroni,
Bulletin of the American Physical Society on the occasion of the
2008 APS March Meeting, http://meetings.aps.org/link/BAPS.2008.MAR.D26.4

"The Dependence of the Critical Temperature T_, T_N on
the Width (number of layers) of Ferro- and and Antiferromagnetic Films",
Tatjana tosic, Darko Kapor and Mario Skrinjar,
Proceedings of SFKM, Symposium of Condensed Matter Physics, 3-5 October 2001,
Arandjelovac, Serbia

"An Approach for the Aggregation of Albedo in Calculating
the Radiative Fluxes over Heterogeneous Surfaces in Atmospheric Models",
Proceedings of the Integrated Assessment and Decision Support (iEMSs) Conference,
session on the "Environmental modelling of physical, biophysical and chemical
processes as a component of soil-plant", 24-27 June 2002, Lugano, Switzerland