Drugs and pesticides in the feathers of sandwich terns and seagulls

Drugs and pesticides have spread in the environment, to the extent that they can even be found in seabirds, according to research conducted by Marco Picone, a researcher at Ca’ Foscari University of Venice, on two species that nest in the Venetian lagoon — the sandwich tern (Thalasseus sandvicensis) and the Mediterranean gull (Ichthyaetus melanocephalus). As apex predators in the aquatic food chain, these birds are ‘sentinels’ of their habitat and offer indirect information regarding the presence of drugs in the tissue of their prey and in the environment.

The analysis of feathers taken from the chicks of these seabirds clearly showed that 87% of the 47 samples analysed contained diclofenac, a non-steroidal anti-inflammatory drug, as well as Ibuprofen, Nimesulide, Naproxen, and antidepressants such as Citalopram, Fluvoxamine and Sertraline. Moreover, 91% of the samples also contained measurable traces of Neonicotinoids, a class of insecticides chemically similar to nicotine.

The idea of feathers

The project was the first to consider using feathers to monitor the exposure of seabirds to pharmaceutical products. Moreover, it is the first to attest the presence of nonsteroidal anti-inflammatory drugs (NSAIDs) and selective serotonin reuptake inhibitors (SSRIs) in chick tissue.

“We examined non-flying chicks of sandwich terns and Mediterranean gulls because they are totally dependent on their parents for food,” says eco-toxicologist Marco Picone. “These birds obtain food for their young in an area that measures a few square kilometres around the nest-building colonies. Consequently, the pollutants that can be found in chicks can be wholly attributed to the pollution of the local nest-building area.”

The feathers were taken from the chicks’ dorsal area and the operation had no consequences on their health. Feathers, in fact, can function as an archive of the pollutants that can be found in the chicks’ plasma when the feathers form, thereby giving direct information on the subjects’ exposure to pollutants.

Pesticides in the food chain

The feathers of sandwich terns were harvested in June 2019 from a colony located in Barena Celestia, a lagoon structure that is periodically submerged by the tide. The samples from the Mediterranean gulls were taken in the Northern part of the lagoon in June 2018.

Dates are relevant, because in 2018 the European Union banned the outdoor use of products containing three Neonicotinoids considered in this research — Imidacloprid, Thiamethoxam, and Clothianidin.

“We found Imidacloprid and Clothianidin in all the seagulls and in most of the sandwich terns,” says Picone. “This confirms that the 2018 ban on outdoor use did not eliminate the source of these pesticides, and that seabirds are exposed to these pollutants regardless of their dietary habits. In fact, Mediterranean seagulls are omnivores, so they can eat aquatic species as well as insects that have been contaminated by insecticides. Sandwich terns, on the other hand, mainly eat small fish (sardines, sprats and anchovies). Therefore, this confirms that Neonicotinoids can get anywhere in the ecosystem.” 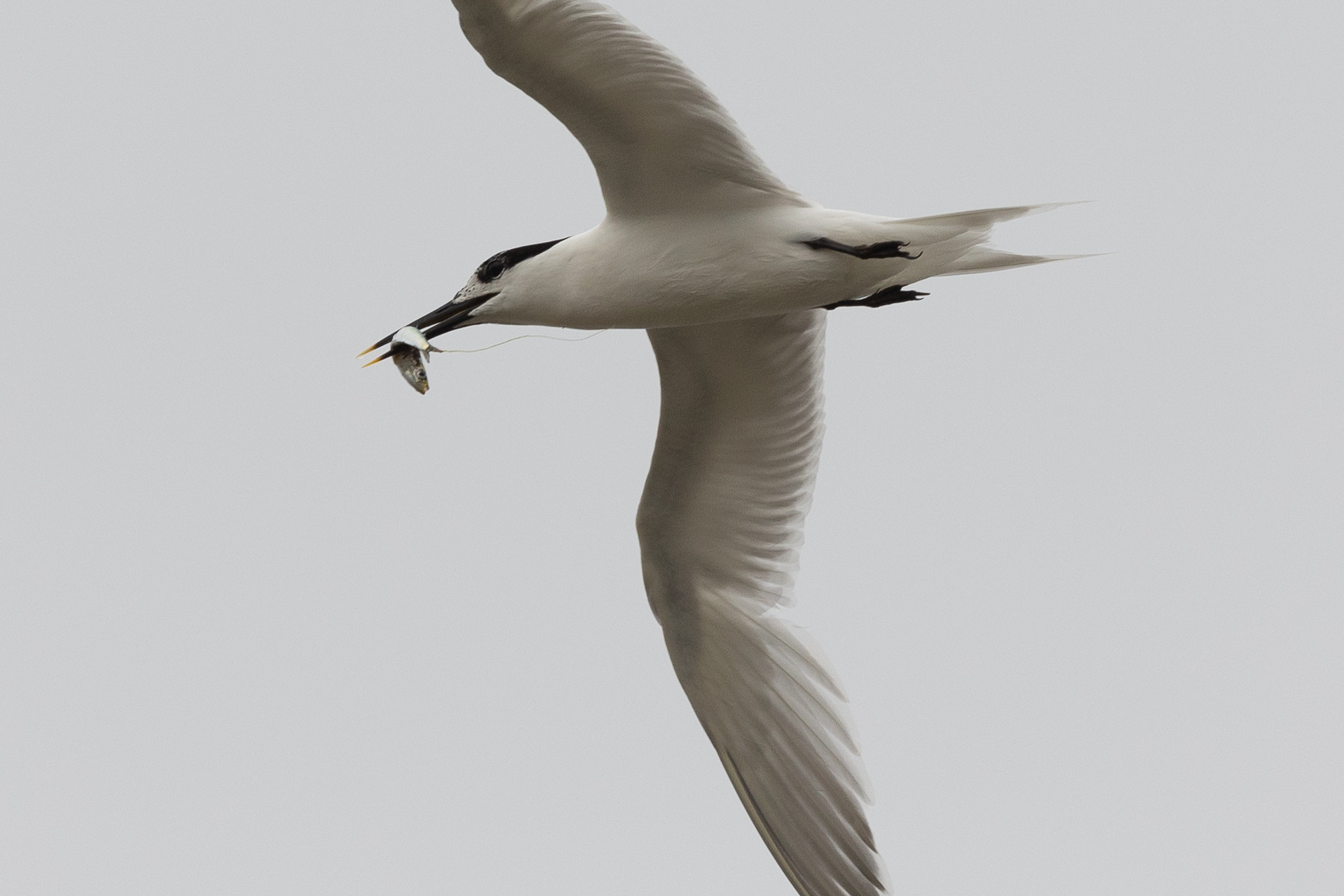 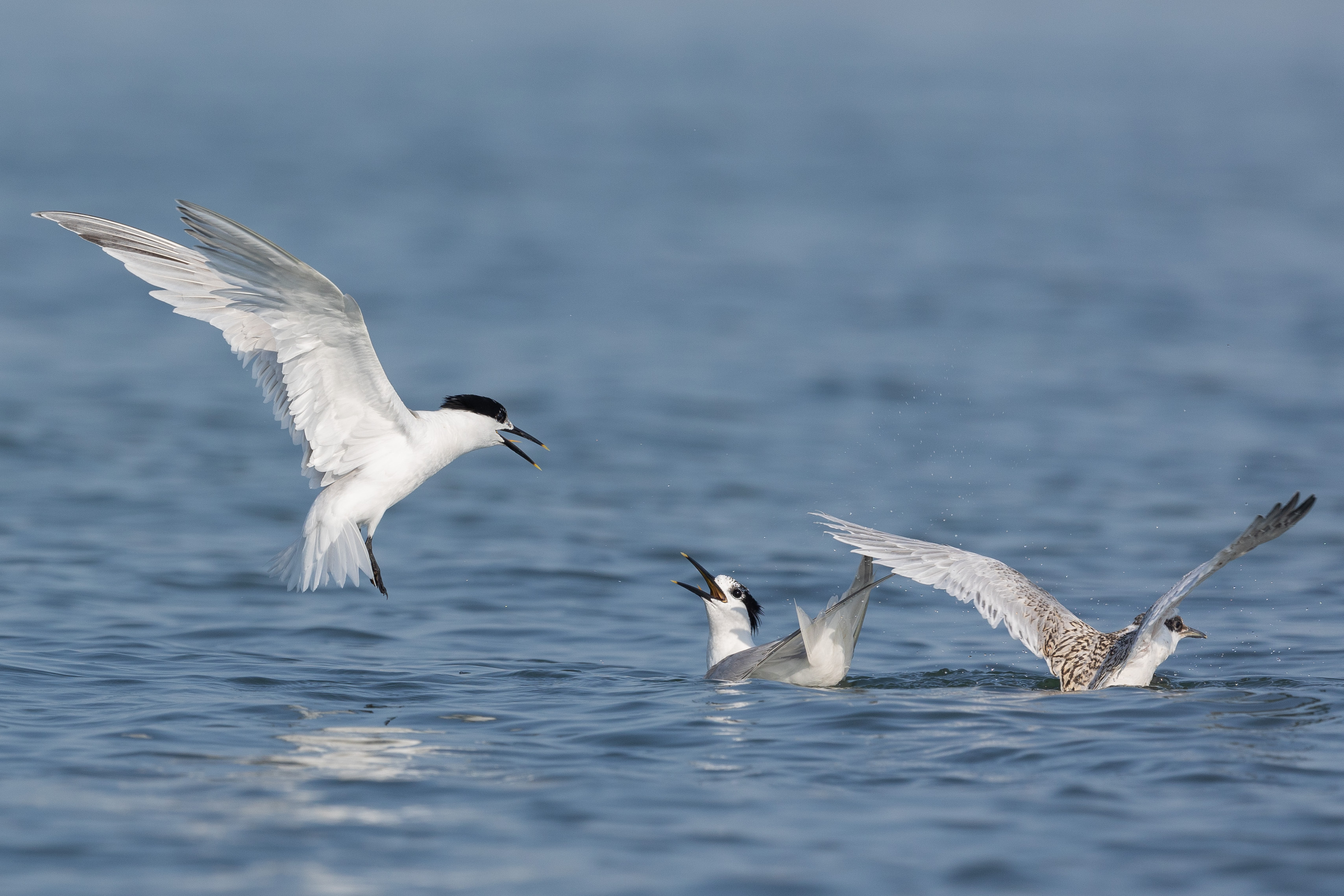 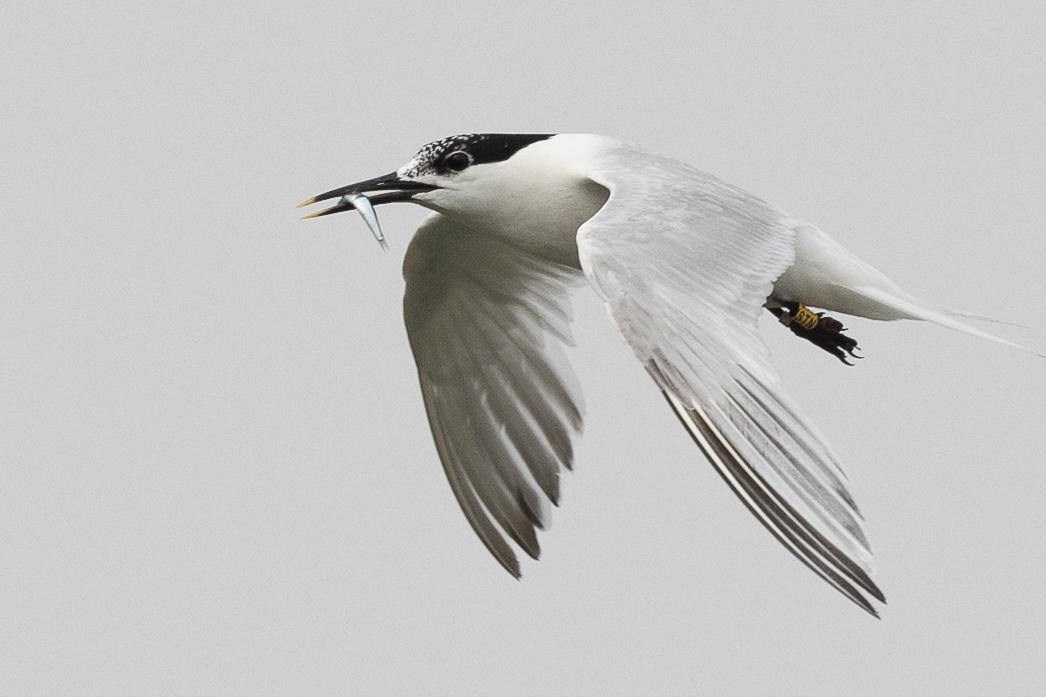 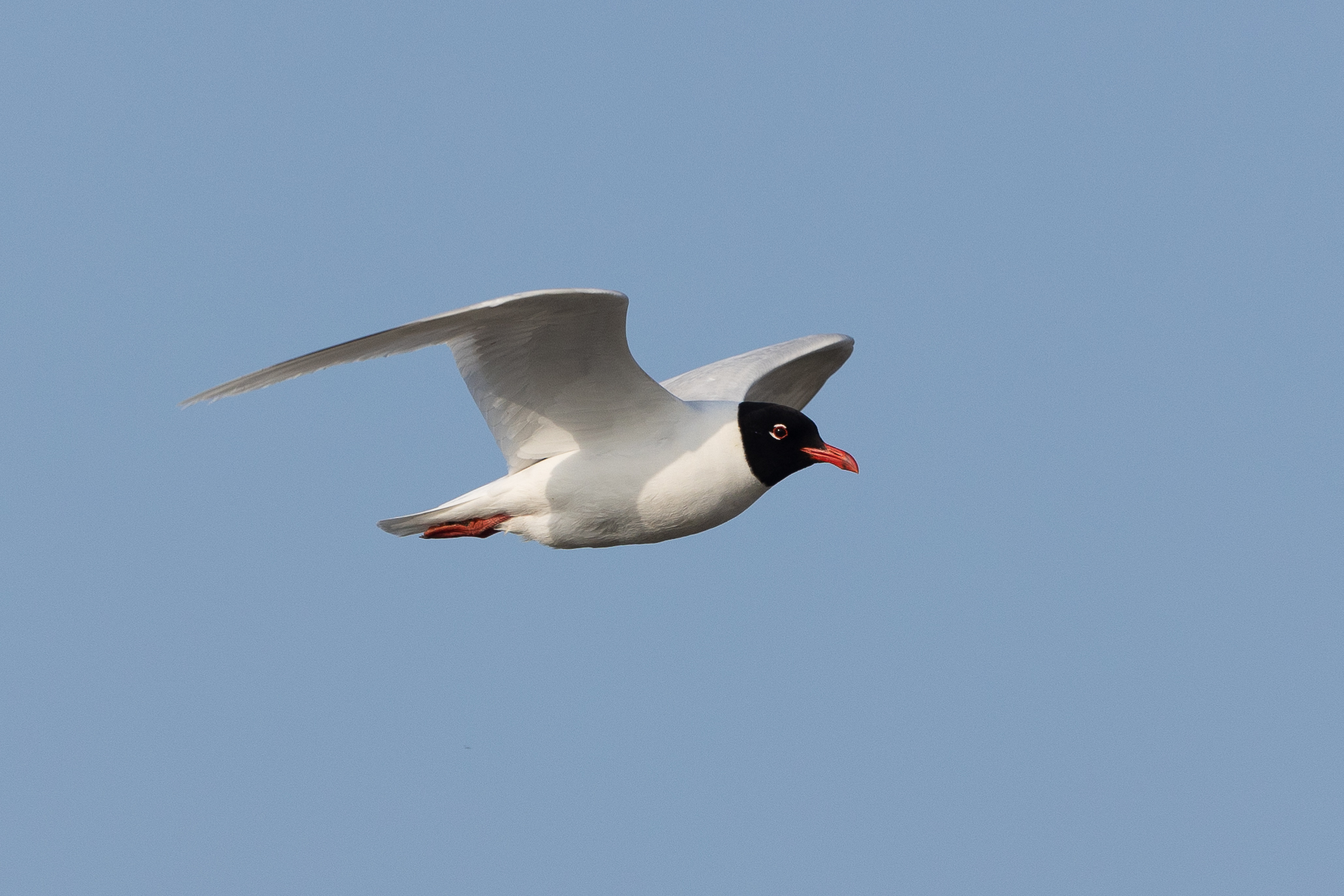 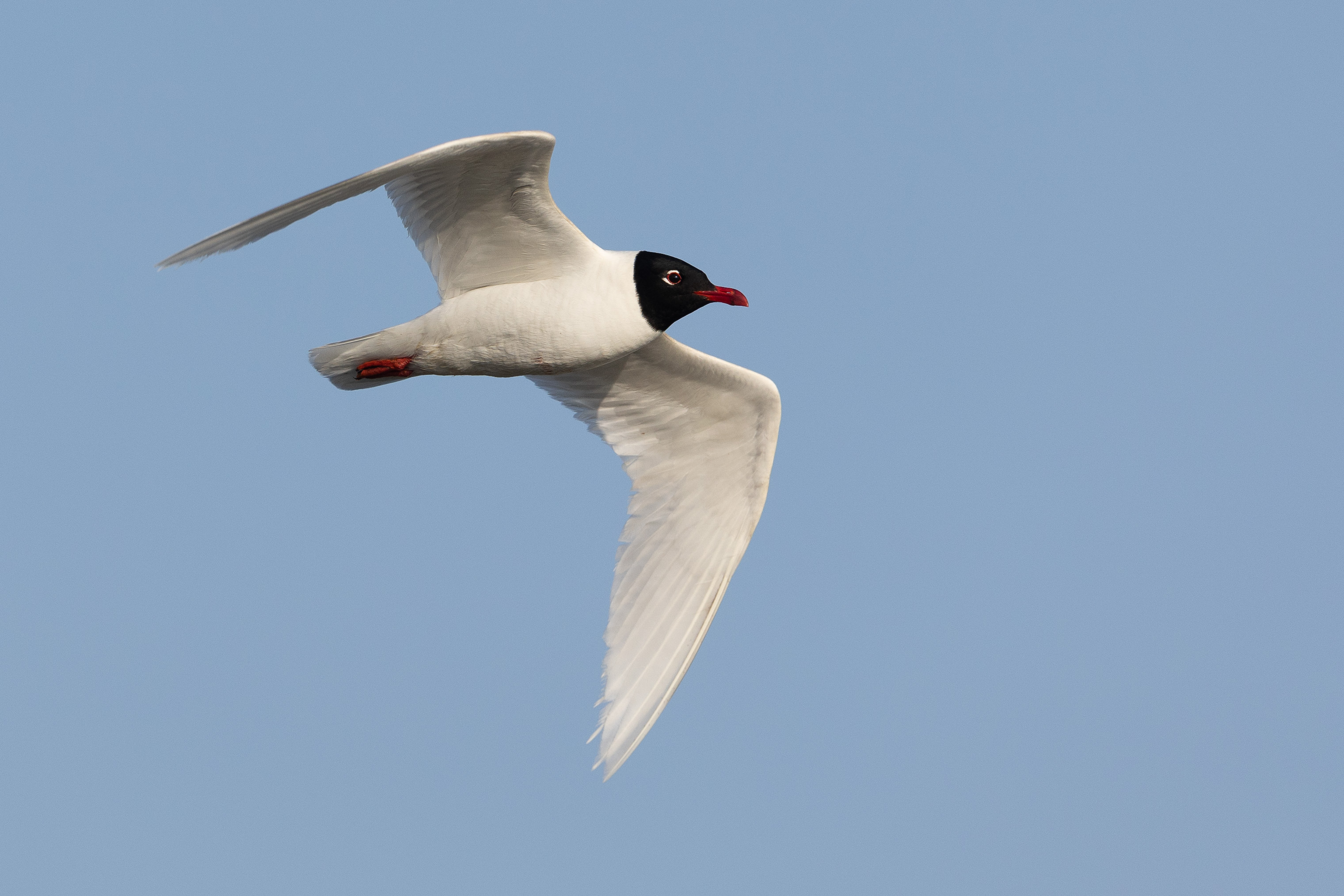 What are the consequences on the health of seabirds?

So far it was believed that only birds who feed on seeds and nectar were exposed to Neonicotinoids. This study shows that species that are seemingly removed from an agricultural context can actually become involved in the pollution chain.

The presence of these pollutants in the feathers does not necessarily indicate that they have toxic effects on the subjects analysed. At the moment we can rule out that the current exposure of seabirds to drugs and Neonicotinoids has acute effects on chicks, given that there is no sign of abnormal behaviour or mortality rates in colonies.

The long-term consequences of pollution on the health of sandwich terns and Mediterranean gulls are unclear and will require further studies. However, researchers agree that Neonicotinoids are potentially harmful for the birds’ reproductive health.

“Toxic substances could delay migration,” says Picone, “which in turn could lead birds to stop in places that are less than optimal for partner selection, and ultimately to later nesting. Chain reactions can jeopardise already-vulnerable species.”

The data published in the scientific journals Science of the Total Environment and Environmental Research is the result of the AWExPHARMA project, which was funded by Ca’ Foscari University of Venice with funding that supports the ideas of researchers who aim to grow in international collaborative projects (SPIN 2018 call, misura 2).

The study was coordinated by Marco Picone and featured a collaboration between the Ecotoxicology group of Ca’ Foscari University of Venice’s, the Analytical Chemistry groups of the university and of the Institute of Polar Sciences of the National Research Council, and the accredited National Ringing Centre of the Italian Institute for Environmental Protection and Research, ISPRA (Istituto Superiore per la Protezione e la Ricerca Ambientale).