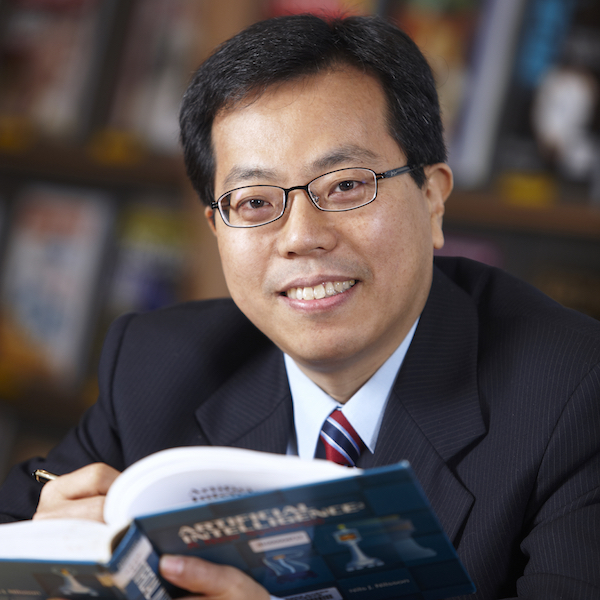 Artificial intelligence (AI) has made great advances during the last decade by making breakthroughs in many problems, such as speech and image recognition. This is mainly due to machine learning and deep learning technologies that changed the paradigm of AI from rule-based programming to data-driven learning. However, to achieve the ultimate dream of human-level AI, the current machine learning (including deep learning) requires another paradigm shift, i.e. by going into the real (physical) world escaping from the virtual (digital) world. In this talk we discuss why we need this change and suggest a new direction of AI and ML research. We argue that we should view AI as an integrated perception-action-cognition system that continually learns to build a model of the world by interacting through sensors and actuators. We provide some studies of this approach to human-level machine learning, including the projects Video Turing Test (video story understanding), BabyMind (cognitive developmental learning), and Tidyboy (home service robot).

Byoung-Tak Zhang is POSCO Chair Professor of Computer Science and Engineering, Seoul National University (SNU) and Director of the SNU  Artificial Intelligence Institute. He has served as President of the Korean Society for Artificial Intelligence (2010-2013) and of the Korean Society for Cognitive Science (2016-2017). He received his PhD (Dr. rer. nat.) in computer science from University of Bonn, Germany in 1992 and his BS and MS in computer science and engineering from Seoul National University, Korea in 1986 and 1988, respectively. Before joining Seoul National University in 1997, he has worked as Research Fellow at the German National Research Center for Information Technology (GMD, now Fraunhofer Institutes) in Sankt Augustin/Bonn for 1992-1995. He has been Visiting Professor at MIT CSAIL and Brain and Cognitive Sciences Department, Cambridge, MA, for 2003-2004, Samsung Advanced Institute of Technology (SAIT) for 2007-2008, BMBF Excellence Centers of Cognitive Technical Systems (CoTeSys, Munich) and Cognitive Interaction Technology (CITEC, Bielefeld) for the Winter of 2010-2011, and Princeton Neuroscience Institute (PNI) for 2013-2014. He currently serves as Associate Editor of Journal of Cognitive Science, Applied Intelligence, BioSystems, and the IEEE Transactions on Evolutionary Computation (1997-2010). He has received numerous awards and honors, including the Red Stripes Order of Service Merit of the Korean Government, INAK Award, Minister of Science and Technology Award, Okawa Research Grant Award, Distinguished Service Award from the IEEE Computational Intelligence Society, and Academic Excellence Award from the Korea Information Science Society.

21/01/2020
This website also uses third-party cookies. For more information or to deny consent to all or some of the cookies used by the website, please read the information sheet. By closing this banner or continuing browsing you accept the use of cookies. Close Information sheet