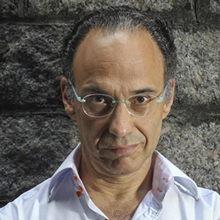 They evolved from real algebra and geometry (in both theoretical and computational aspects) to complexity theory. Between 1983 and 1986 it dealt with the properties of rings of Nash functions over algebraic varieties. From 1987 to 1990 the focus of the research was on the algorithmic side of real algebraic geometry, i.e., the design and analysis of algorithms for problems in this field. From 1990, it deals with the structural approach to the complexity of these problems following the Blum, Shub & Smale model. In the last few years it evolved to include the numerical analysis of some algorithms in optimization. Very recently, it has also included areas such as learning theory and problems like the mathematical modelling of human language evolution.

Prof Felipe Cucker’s main research focus is on the foundational aspects of numerical algorithms. This encompasses a variety of issues from the structural complexity of algorithms over the real numbers to the roundoff analysis of specific algorithms, from the smoothed analysis of classes of condition numbers to the design of numerical algorithms for specific problems. In addition, he is also interested on other areas of research such as learning theory or the mathematics of emergent behaviour. Prof Cucker has been a member of the Board of Directors of the Society for the Foundations of Computational Mathematics since its creation. He is presently the Chairman of the Society. He either is or was a member of the editorial board of the journals "Foundations of Computational Mathematics", "Journal of complexity", "SIAM Journal on Optimization," and "Theoretical Computer Science". In 2005 he was made Foreign Member of the Real Academia de Ciencias y Artes de Barcelona.