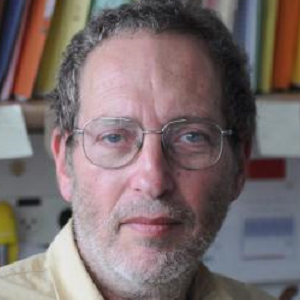 Prof. Lancet earned his BSc in chemistry from the Hebrew University of Jerusalem, and his PhD is in Chemical Immunology, with Israel Pecht and Michael Sela, from the Weizmann Institute of Science. Following postdoctoral training at Harvard (Jack Strominger) and Yale (Gordon Shepherd), he joined the Weizmann Institute faculty in 1981, where he is currently the incumbent of the Silver Professorial Chair in Human Genomics and Head of the Crown Human Genome Center. Prof. Lancet has played a key role in establishing genome research in Israel, headed a Ministry of Science genome infrastructure center (1995-2005) and is currently involved in the establishment of a National Center for Personalized Medicine at Weizmann. A pioneer of research on the sense of smell, he discovered key protein components of this sensory mechanism. Later, he studied the population genetics of human olfaction, showing that each human individual has a “personal nose”.

In parallel, Lancet runs programs for disease gene discovery, including an international collaborative study on genome sequencing for rare monogenic diseases. He developed GeneCards, a world-renown web compendium of human genes, and more recently a companion database MalaCards, a comprehensive web tool for human diseases. Lancet was awarded, among others, the first international Takasago Award in Japan (1986), the Wright Award in the USA (1998) and the Landau Prize in Human Genetics in Israel (2008). He is member of the European Molecular Biology Organization since 1996 and was Council member of the Human Genome Organization (2007-2012). Lancet wrote a science column in the major Israeli daily Haaretz, currently available as a book, and often delivers public lectures and interviews on the human genome and future medicine, on the sense of smell, and on the origin of life.