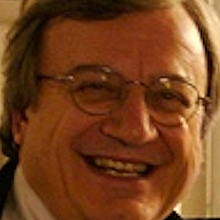 Roberto Serra took his degree in physics, with honors, from the University of Bologna in 1977. He has then been researcher at Tema and Enidata (Eni group), where he became leader of the Complex Systems group in 1982. He later joined the Montedison group, where he has been IT general manager (1991-1995) and director of the Montecatini Environmental Research Centre in Ravenna (1995-2004). Since 2004 he is full professor of computer science and engineering at the University od Modena and Reggio Emilia. He has held responsibility of several research projects, funded by companies, by the European Union, by the Italian Ministry for Scientific Research (MIUR) and by CNR. Roberto Serra has been member of the program committee of several international scientific conferences, and has delivered several seminars at universities and research centres. Prof. Serra has written many papers published on international journals and conference proceedings, dealing with nonlinear dynamics, complex systems, artificial intelligence, neural networks, biological modelling. He is co-author of four books: Modelli di polimeri elettricamente attivi (Bologna: CLUEB, 1993), Introduction to the physics of complex systems (Oxford: Pergamon Press, 1986), Tra ordine e caos (Bologna: CLUEB 1986), and Complex systems and cognitive processes (Heidelberg: Springer, 1990). He is also editor of two books: Cellular Automata for Research and Industry, with S. Bandini and F. Suggi Liverani (London: Springer, 1998), Biotechnology for Soil Remediation (Milano: CIPA editore, 1998). He has also written some papers for non specialized readers which appeared on Le Scienze, Prometeo, Sistemi & Impresa, Informatica Oggi, Impresa Ambiente, Pristem Lettera matematica. Roberto Serra has been president of AI*IA (Associazione Italiana per l’ Intelligenza Artificiale) and member of the board of directors of AIRS (Associazione Italiana per la Ricerca sui Sistemi) and SIREN (Società Italiana Reti neuroniche). He is senior member of IEEE.