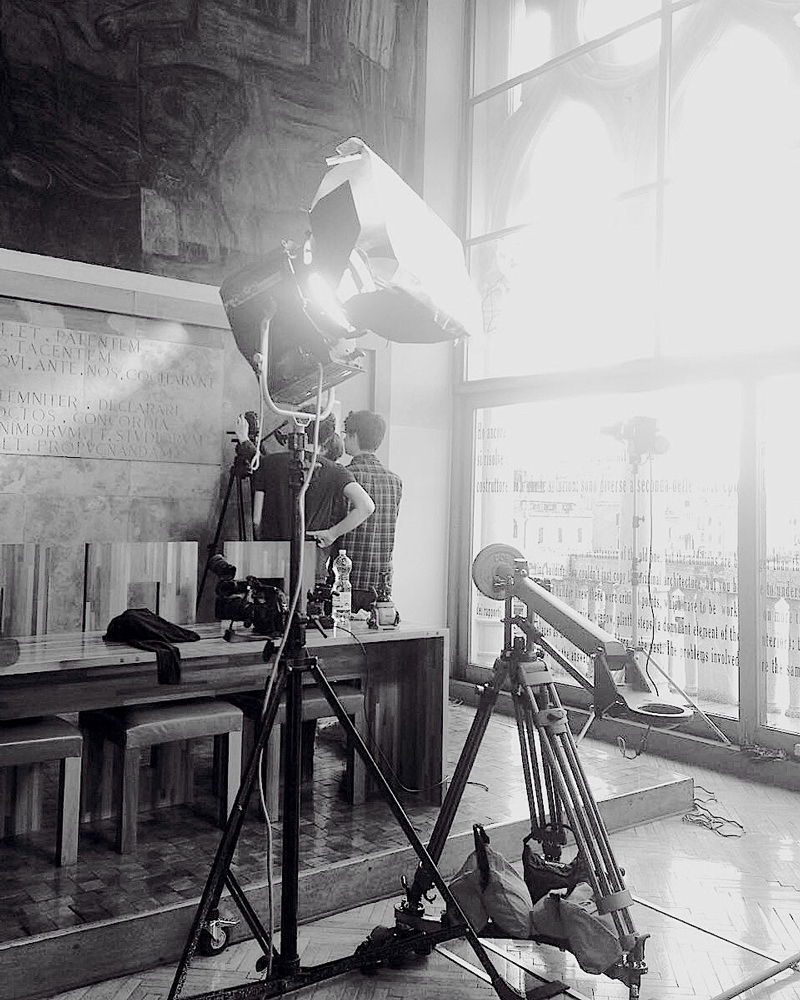 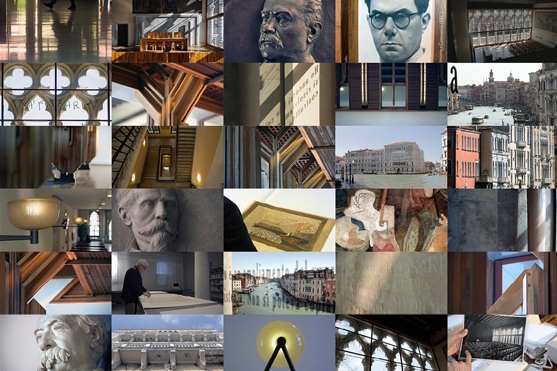 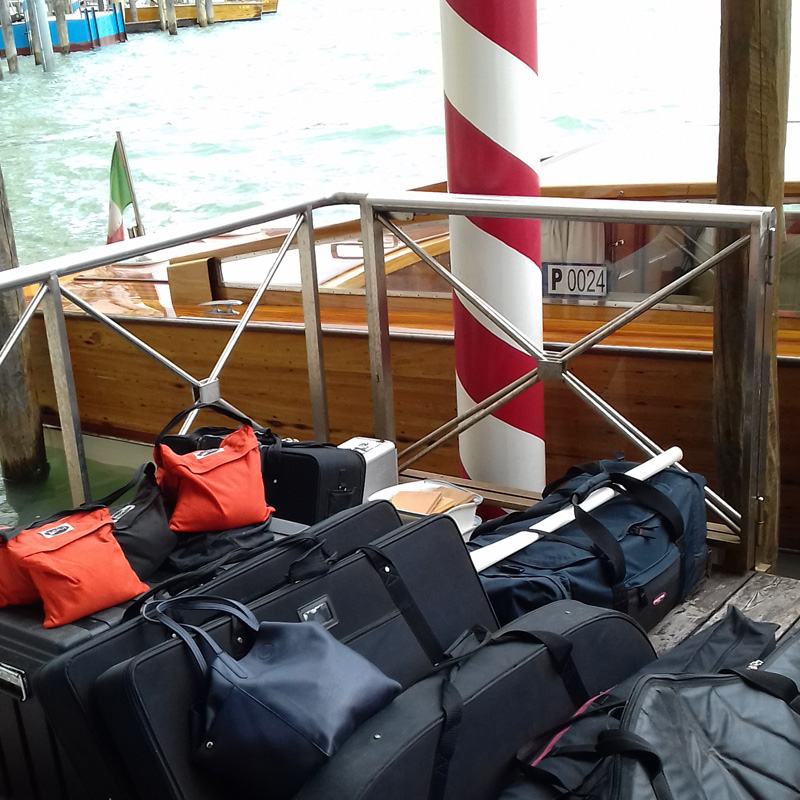 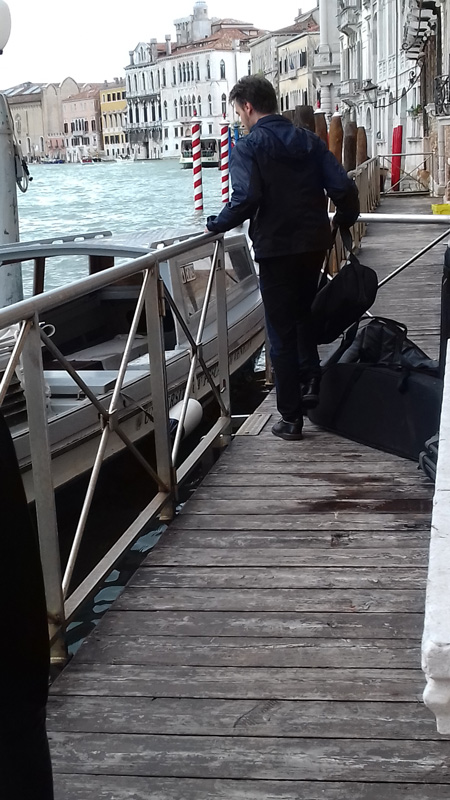 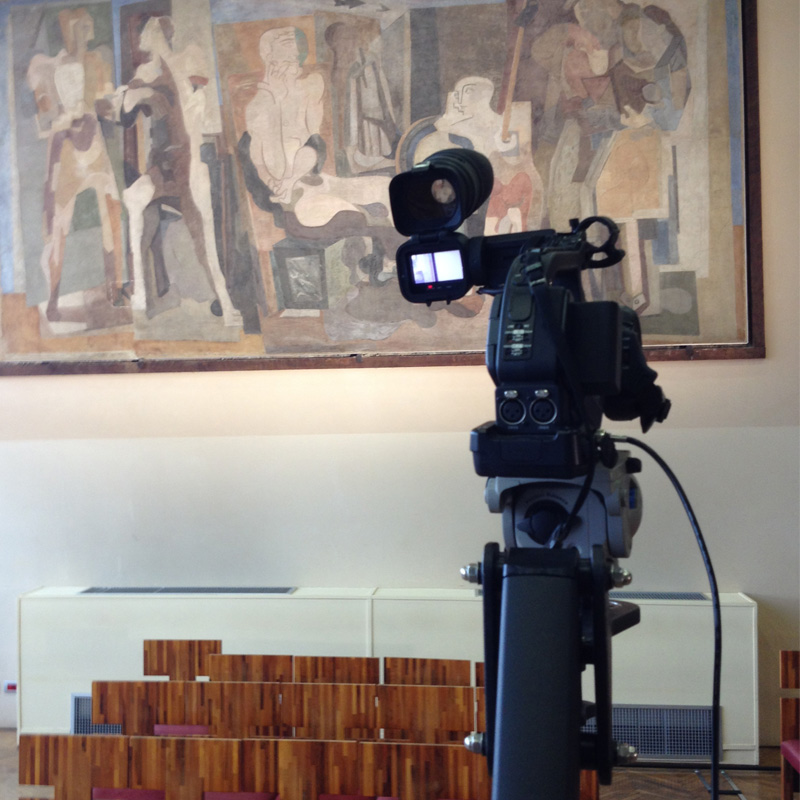 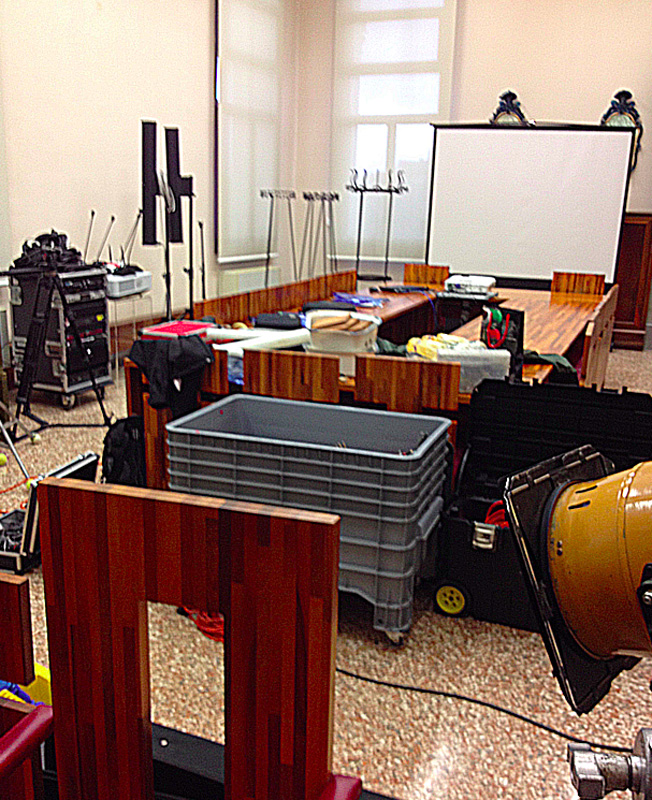 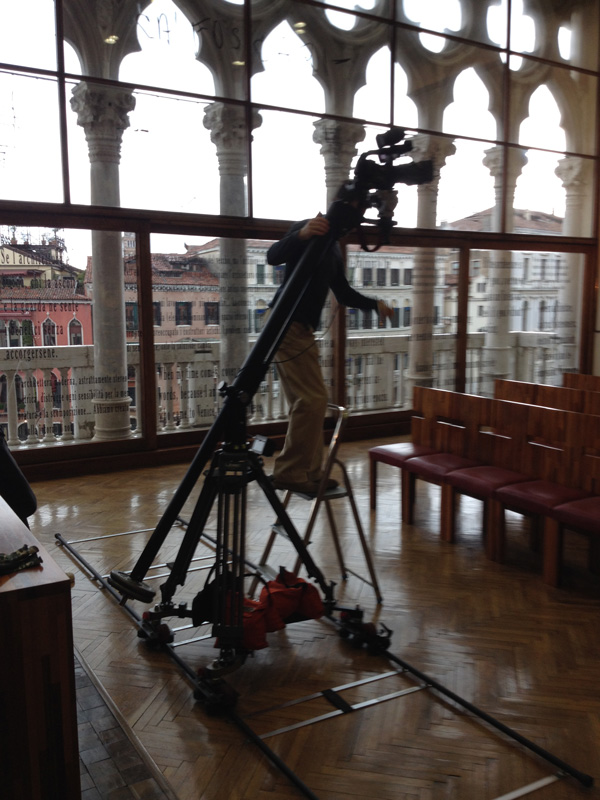 Aula Baratto (Baratto Hall): in the silent heart of the divine

The project, curated by Professor Paolo Pellizzari, intends to enhance the Aula Baratto (Baratto Hall), a little-known treasure found within the central Ca' Foscari building. The architect Carlo Scarpa worked on the Hall both before and after the Second World War, adapting the spaces, the furnishings and its use with extraordinary modernity and respect for tradition.

The initiative has inspired a short film about the Hall. The verse of the English poet John Keats "in the silent heart of the divine" is appropriate, evocative and urgent, to describe the work of Carlo Scarpa, in as much as the Aula Baratto is located in the heart of the Ca' Foscari Palace, in the heart of Venice.

The documentary film on the Aula Baratto shows how it is, to use the words of the director Riccardo De Cal, "a living object, where the architectural elements merge with the natural ones (the Grand Canal), and the borders become increasingly blurred: the floor becomes water, the ancient architecture of the Venetian palace dialogues with modern elements" introduced by Scarpa. The cinema represents a complete means of describing an architectural object, moving in the spaces, involving almost all of the senses and suggesting, with the inclusion of historical films, a journey through time and in the context of Scarpa's interventions. De Cal is the director of numerous works on the creations of the Professor in Venice and this short film (lasting about 30 minutes) completes a series of visual reflections on his architecture.

The trailer of the film was presented at the Ca' Foscari Short Film Festival on 23 March 2018 in the "Young Filmmakers at Ca' Foscari" section.

The premiere of the film "In the silent heart of the divine" was held on Thursday 5 April 2018 at 18.00 in the Aula Baratto, in the presence of prof. Paolo Pellizzari, Riccardo De Cal and the architect Guido Pietropoli.

Within the Ca’ Foscari courtyard some reproductions of photos of the drawings and materials related to the planning and realization of Scarpa's intervention were also exhibited, offering spectacular and poetic views of the Aula Baratto.

On Wednesday 28 November 2018 in the Aula Baratto of Ca’ Foscari, the conference Carlo Scarpa as an educator was held, which concentrated on the figure of Carlo Scarpa, from his training as an architect, to the cultural influences that shaped him, to his activity as “trainer” through architecture and teaching of this subject over more than 50 years. For more information regarding on the conference program click here (www.unive.it/data/agenda/1/15073)

After the conference, at 14.30 in CFZ, there will be a showing of the documentary film “IN THE SILENT HEART OF THE DIVINE”. Carlo Scarpa at Ca’ Foscari” directed by Riccardo De Cal.

"Behind the scenes" look at the film "In the silent heart of the divine":

Let's go "behind the scenes" with some images and an account by Silvia Lasfanti that describes the significant preparatory work necessary before being able to give say "lights, camera, action".

«One of the University's boats docks on the Ca' Foscari wharf, loaded with materials for the shoot: lights, cameras, tracks, cables and much more. I'm from Riccardo De Cal's camera crew: filming starts in the Baratto Hall for the documentary film that's part of the "Una perla in volta de Canal" project. For me it is the culmination of weeks spent busily managing relationships with various University offices that cooperate actively and wilfully, each fulfilling their own part.

Riccardo De Cal, the director, had provided me with a long list of aspects to check and activities to organize: the technical specifications of the electrical system, the transport of materials, the cleaning of the glass panelling, the use of a boat to shoot from the water, a space to store the equipment.

I work as a coordinating point with all the offices involved, trying to keep track of everything. I find out how complex the "backroom" of a documentary film is and how the director's requests are the result of a precise idea of what to film and where. Indeed, Riccardo asks me to get access to Palazzo Balbi, the headquarters of the Veneto Region, our neighbour across Rio Nuovo: we need a shot of the Ca’ Foscari facade from their terrace!

While I work in this web of relationships, Riccardo tells me of the need to stay in the Aula Baratto for a whole day "to study how the light changes". There and then I am a bit surprised, but then it occurs to me that cinema has been called "the art of light". Just as writers and poets use words to create a text, so a director uses light to shape his work of art. And, therefore, it is necessary to understand when the essential element of light is at the peak of its beauty while bearing in mind what one wants to create.

Finally, the shooting begins. Every so often I go to see how the work is proceeding. I am also curious to see what happens ... it is not every day that you see a film set, especially in a university!

And so here begins the wait for the tribute to Carlo Scarpa, as well as a tribute to Ca' Foscari University, having chosen him to design one of its most prestigious halls.»