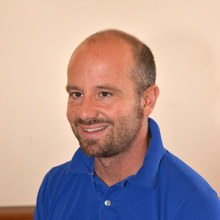 I am an Associate Professor in Ancient History at the Ca' Foscari University of Venice.

In 2001, I graduated cum laude in Roman Historiography at the Ca' Foscari University of Venice. In 2005, I earned a European PhD (Marie Skłodowska-Curie European Doctorate Scheme) in History and Archaeology of the Mediterranean Countries from the Universities of Venice and Paris Nanterre (mention très honorable et félicitations du jury). In 2005, I also graduated from the State Archives in Venice with a diploma in Palaeography, Diplomatics and Archival Science. As an undergraduate and postgraduate, I was granted scholarships at the following international institutions: University of Warwick (1997/1998), University of Cyprus (1999), Swedish Institute in Rome (2000/2001), University College London (2002), École Pratique des Hautes Études, Paris (2004), and Institute of Classical Studies, London (2004). I was then a postdoctoral fellow at the American Academy in Rome (2005), the Ca' Foscari University of Venice (2006), the Warburg Institute, London (2007), the Villa I Tatti – Harvard University Centre for Italian Renaissance Studies, Florence (2009/2010), and the Centro di Studi e Ricerche sui Diritti Antichi – CEDANT, Pavia (2010).

In 2011, I was appointed to a tenure-track Lectureship in Ancient History at the Department of Humanities of the Ca' Foscari University of Venice. In 2014, I received tenure and, in 2019, I was promoted to Associate Professor. In 2015, I was a stipendiary visiting fellow at the Seeger Center for Hellenic Studies (Princeton University). In 2018, I was a visiting scholar at the University of Sydney. In 2019, while being affiliated as a visiting scholar at Merton College, Oxford, I received a Sassoon Visiting Fellowship from the Centre for the Study of the Book at the Bodleian Library.

My main research interests focus on ancient history and classical epigraphy, and I am particularly attentive to the relationship of the Venetic and Adriatic regions with Rome from the late republican to the late antique periods. I also work on the history of classical scholarship and the uses of the past (including forgeries), and I firmly believe in the interdisciplinary approach to long-term phenomena. I like to explore the potential of Digital Epigraphy, with reference to three parallel fields: textual scholarship, 3D renderings, and geospatial data management. I have been an invited lecturer in numerous academic institutions and international conferences, both in Europe and Overseas (for a full list of talks see https://unive.academia.edu/LorenzoCalvelli/CurriculumVitae). I regularly serve as a peer reviewer for programmes sponsored by the Italian Ministry of Education and the European Commission, as well as for manuscripts submitted to scientific journals in Italy and abroad.

I am the Principal Investigator of a collaborative research project sponsored by the Italian Ministry of Education on epigraphic forgeries («Forged evidence. Copies, counterfeits, manipulations and abuses of the ancient epigraphic document»), which involves over 50 scholars from all over Italy and runs for the years 2017-2021. For this project, I manage the digital resource EDF - Epigraphic Database Falsae (http://edf.unive.it). At my home institution, I coordinate a vast interdisciplinary Research Institute on Digital and Cultural Heritage, which counts over 100 members. I also sit on the board of the Centre for Cultural Heritage Technology, which was founded in Venice in 2019, thanks to a cooperation with the Italian Institute of Technology (IIT), with the purpose of protecting and ensuring both the digital and the physical preservation of cultural heritage through Artificial Intelligence, Machine Learning and advanced 3D digitisation techniques.

I am a member of the British Epigraphy Society, the American Society of Greek and Latin Epigraphy, the Associazione Italiana di Cultura Classica, and the Association Internationale d'Épigraphie Grecque et Latine (AIEGL), on whose International Committee I represent Italy for the term 2017-2022. I am also a charter member and a member of the Scientific Board of Terra Italia, the largest Italian non-profit association for the study of ancient Italy, of which I was Secretary General from 2013 to 2015. I am a resident member of some of the largest academic institutions related to the Venice and Adriatic regions: the Ateneo Veneto, the Deputazione di Storia Patria per le Venezie, and the Società Dalmata di Storia Patria. I also sit on the Committee for Philology of the Polish Academy of Sciences, Wroclaw Branch, for the term 2019- 2022. Finally, I am a member of the Marie Curie Alumni Association and the US Department of State International Exchange Alumni Association.

Since 2005, I have taught Roman History to undergraduate students at Ca' Foscari, to which charge Latin Epigraphy for MA students was added in 2011. In 2012 and 2013, I taught in France for the Erasmus Intensive Programme ESSEP (European Summer School in Epigraphy – Poitiers) and I took part in its international Academic Board. In 2014, I taught for the Fall School in Digital Humanities, organised by Ca' Foscari and the École Polytechnique Fédérale de Lausanne. From 2015 to 2019, I taught for the Harvard Summer Program in Venice (suspended in 2020 and 2021 due the COVID-19 pandemic). From 2015 to 2020, I taught Digital Epigraphy for the MA Programme in Digital Humanities at Ca' Foscari. From 2021, I teach a course on Venice and its Environment in the Ancient World for a new MA Programme in Environmental Humanities, and a course on the relationship of Venice with the Classical World for the International College at Ca' Foscari. Since 2011, I am a member of the Academic Board of the joint PhD Programme in Classics, Archaeology and Ancient History of the Universities of Trieste, Udine and Venice. I have supervised several PhD candidates in Ancient History and Epigraphy, both as a personal tutor and as an external examiner. Since 2016, I have also tutored three postdoctoral Fellowships sponsored by my research projects. I have professional expertise in Latin and in Ancient Greek and, in addition to my mother tongue of Italian, I currently speak English, French, Modern Greek, Spanish, and Portuguese.