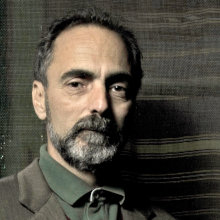 Associate Professor of Archaeology and Cultures of Gandhara and the Silk Roads, and of History and Material Culture of Buddhism (South Asia/Southeast Asia) at Ca' Foscari University, Venice.

Director of the Italian Archaeological Mission in Pakistan (IAM) since 2013 (since 2008 as co-Director) (ISMEO, previously IsIAO). Since 2020 IAM is co-managed by ISMEO and Ca' Foscari University of Venice. Director of the ACT-Field School Project in Swat from 2011 to 2016, which amongst other achievements in the field of training, archaeology and restoration, managed to rebuild the Swat Museum, as well as to restore the colossal Jahanabad Buddha, both damaged during the Taleban insurgency.

As archaeologist he has been working in Swat (Pakistan) since 1987, where he has been mainly focusing on the still on-going excavation project at the urban site of Bir-kotghwandai (Barikot), the ancient Bazira of Alexander the Great, on rock-art field-research, on the Archaeological Map of the Swat Valley project, and on archival studies on the early development of archaeological research in Gandhara. Besides that, he is currently busy in other research projects including (a) the Huna and Shahi phases (500-1000 CE) in Gandhara and Afghanistan (with the University of Vienna), (b) technique and production of early Gandharan art (c. 50-100 CE), (c) bio-molecular archaeology of prehistoric/historic Swat in the first millennium BCE (with Max Planck Institute, Jena), (d) ancient genomics of Swat valley and Gandhara (with Harvard Medical School). In the context of the latter, he participated as co-author to a larger study on the genomics of South and Central Asia published in Science 365, 999 (2019) (Narasimhan et al. 2019; DOI: 10.1126/science.aat7487).

In recognition of his contribution in the field of archaeology and cultural heritage and 30 years of archaeological service in Pakistan, he was awarded in 2016 of the title of Sitara-i-Imtiaz (“Star of Excellence”) by the president of the Islamic Republic of Pakistan. In 2013 and 2017 he was awarded of the title of Ufficiale OSI (“Order of the Star of Italy”), and Grande Ufficiale OSI by the President of the Italian Republic.

He is the editor of the series ACT Field School Reports and Memoirs (from 2013, 11 volumes published to date); co-editor of the Journal of Asian Civilizations (2017 -); senior editor of the journal East and West (new series; 2020 -). He is member of the scientific/editorial boards of the following research journals: Frontier Archaeology, Ancient Pakistan, Pakistan Archaeology, Pakistan Heritage, FWU Journal of Social Sciences, Annali di Ca' Foscari (Serie Orientale) (editorial board 2020-), East and West (international editorial board 2020-), Lahore Museum Bulletin, Journal of Research Society of Pakistan (JRSP) (section editor), Sindh Antiquities. In 2012 he became a member of the scientific board of the Commissio Sinica. In 2011 he was recognised PhD tutor by the High Education Commission, Pakistan. He is collaborating as key consultant and trainer (archaeology) to the UNESCO (Afghanistan) projects in collaboration with the Afghan Institute of Archaeology (from 2018). He is member of the UNESCO Roster for Culture in Emergencies (Middle East, South and Central Asia) (from 2019). In 2020 he has been elected as member of the Core Management Committee of the International Conference on Buddhism in Pakistan (Silk Road Centre and Taxila Institute of Asian Civilizations) (Islamabad 2021). From 2020 he is external member of the PhD Course in Cultural Heritage and Heritage Management  established at the Hazara University, Manshera, Pakistan. From 2020 he is ordinary member of the CeSAV (Centro Studi di Archeologia Venezia, Ca' Foscari University of Venice).

From 2021 he is Fellow of the Royal Asiatic Society of Great Britain and Ireland (FRAS).

Recent activities include a side project to the excavation activities in Swat. The project, directed by Luca Maria Olivieri, deals with the paleoclimate of Swat in the Late Antique period (on the problem of the so-called LALIA or Late Ancient Little Ice Age) "Late Antique Swat Ecology and Resilience: Climate and Habitat in Interfacial periods" and is carried out together with Dario Battistel (Department of Environmental Sciences, Informatics and Statistics). The two-year project, funded in the framework of the SPIN 2021 projects of Ca' Foscari, also sees the collaboration of Nicola Di Cosmo (Princeton University), Ulf Büntgen (Cambridge University), Federico Squarcini (Department of Asian and Mediterranean African Studies) and Elisa Iori (Max-Weber Kolleg, Universität Erfurt).

Among the Mission's projects already underway with Ca' Foscari, mention should be made of the project "Hellenism and India. Technologies of stone and building sites in Gandhara: Saidu Sharif I" directed by Luca M. Olivieri, which has produced a monograph that is currently being printed by Edizioni Ca' Foscari in the new Marco Polo series directed by Sabrina Rastelli and Elisabetta Ragagnin (Department of Asian and Mediterranean African Studies). Mention should also be made of the study group "Alexander's Swat: toponymy, archaeology and texts" with Claudia Antonetti (Department of Humanistic Studies) and scholars from various universities in Italy and abroad, as well as the SPIN project directed by Claudia Antonetti "Social, ritual and ceremonial use of wine in the Gandharan area, from the Achaemenids to the Kushans", which is being carried out in close collaboration with the Archaeological Mission in Swat.

All his research activities have been published in over 170 scientific papers, including the following monographs (in the last 7 years):

Last update: 28/09/2022
The information above have been uploaded on Ca' Foscari website direclty by the user this webpage refers to. The correctness and truthfulness of the published information are responsibilities of the relevant user.
If you close the banner, only essential cookies will be automatically activated
Cookie Cookie Policy Information on cookies