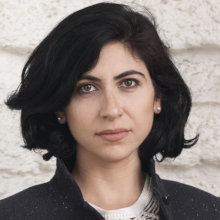 I am a Global Marie Curie fellow at Northwestern University (USA) and Ca’ Foscari University of Venice. My research is interdisciplinary and connects theoretical and conceptual borders of political science, sociology, and political psychology. Specifically, I am interested in social movements and civil society under autocratization, populism, and the role of affect and performance in political mobilization. I have expertise in site-intensive interpretive research methods that spans over a decade and across 7 countries.

In my current project, I investigate alternative communicative strategies that reframe migrants and refugees as ‘deserving’ and ‘rights-bearing agents’. Aiming to go beyond descriptive approaches that dominate social sciences in general, in my project I combine fieldwork, network analysis, surveys and online randomized experiments to predict how social change for more inclusive societies can be initiated. This research aims to offer policy-relevant alternatives to change racialized attitudes of various ideological, socio-economic, and psychographic groups as well as non-citizens (migrants and refugees).

Previously, I was a Swedish Institute post-doctoral fellow and an Open Society Fellow (human rights cohort).

2022-2024 Designing Resonant Frames:  How to Effectively Communicate about the Rights & Inclusion of Immigrants and Refugees?

2019-2021 To Craft an Authoritarian Regime: Politicization of Civil Society and the Judiciary in Turkey

2009-2014 University Research Fellowship for overseas Ph.D. students, U. of Bath

2008-2009 Project Researcher
European Centre for Minority Issues (ECMI)
Flensburg, Germany
Project Title: Representation of Minorities in the Executive, 1990-2008
I created a dataset and a codebook on the population, political representation, and social and economic information on ethnic minorities in the post-Soviet region. The dataset covers the years 1990-2008 and 26 countries from Central and Eastern Europe, former Yugoslavia, and the USSR, and Central Asia.

PRESENTATIONS AT INTERNATIONAL CONFERENCES AND WORKSHOPS

2018 Panel Co-Organizer, Transcending the Secular-Religious Dichotomy: The AKP and the Blurred Edges of Politics and Religion in Turkey, European Consortium for Political Research (ECPR), Hamburg.

Last update: 22/09/2022
The information above have been uploaded on Ca' Foscari website direclty by the user this webpage refers to. The correctness and truthfulness of the published information are responsibilities of the relevant user.
If you close the banner, only essential cookies will be automatically activated
Cookie Cookie Policy Information on cookies