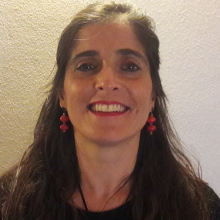 Born in 1978, I obtained a bachelor’s degree (March 2002) and a master's degree (March 2003) in Aegean Archaeology at Ca' Foscari University of Venice, then in the following years I continued my training in Athens (MPhil at the Italian Archaeological School at Athens, June 2007) and in Florence (PhD, April 2010). From 2011 to 2018 I carried out research abroad (Athens, Bristol, Strasbourg, Louvain-la-Neuve, Cincinnati), then from 2018 until 2021 I was a Researcher (contract type: RDTb) in Aegean Prehistory at the Ca' Foscari University of Venice, and since November 2021 I have been an Associate Professor at the same university. In February 2022 I got my qualification as Professor of First Level in SSD L-FIL-LET-01 (Aegean Prehistory) with validity from 2022 to 2031.

My field of research is the Prehistory and Protohistory of the Aegean and Eastern Mediterranean, in particular Bronze Age Crete, articulated along four main lines:

1)     The production of ceramics from the Cretan Bronze Age, with specific attention to chronological, technological, and functional aspects, and their connection with social and/or ritual practices;

2)     The archaeology of death, with particular reference to the study of the Cretan tholos tombs of the Early and Middle Bronze Age;

3)     The relationship of Crete with Egypt and the Eastern Mediterranean during the Bronze Age;

4)     The reception of archaeological discoveries in the Aegean region and of Aegean art in 20th century culture, with particular attention to the works of the artist Mariano Fortuny y Madrazo.

I am the scientific director of two international projects, both centred on the palatial centre of Festòs (Crete) and mainly funded by the Ca' Foscari University of Venice: one dedicated to experimental archaeology in ceramic production and one to Middle Bronze Age pottery of the palatial structures. Since 2017 I have been scientific co-director of a project dedicated to the Malia Palace, Crete (Dir. M. Devolder, École française d’Athènes). Since 2013 I have been a scientific collaborator of the Université Catholique de Louvain and member of the AEGIS Group of the same university for excavations and research in Sissi (Crete).

I am member of the Teaching Committee for the Doctorate in Antiquity Studies of the Ca’ Foscari University of Venice and of the teaching staff of the Scuola Interateneo di Specializzazione dei Beni Archeologici (SISBA).

I am a reviewer of eight national and international academic series and journals.

Winner of three awards: two Research Awards of Ca' Foscari University of Venice (2012 and 2019) and the Michael Ventris Award for Mycenaean Studies (London 2017).

Last update: 07/11/2022
The information above have been uploaded on Ca' Foscari website direclty by the user this webpage refers to. The correctness and truthfulness of the published information are responsibilities of the relevant user.
If you close the banner, only essential cookies will be automatically activated
Cookie Cookie Policy Information on cookies