From  22 to 26 of May 2019 a follow-up of the art project “The Republic of Marvels” – “A Human Flower Wall” by the artist Sasha Vinci and the curator of the project Diego Mantoan has been held in New York City. The follow-up was organized after the invitation from the New York University on the occasion of the international conference EDRA50, the most important conference in North America about sustainable urban environments. The art project was a strong instrument of diffusion and awareness of sustainable development themes. For this reason and for its originality was proposed to the New York University. “A Human Flower Wall” is supported by Humanities and Social Change Center of Venice and the aA29 Project Room gallery ( Milan/ Caserta) also profiting from the scientific support of the Department of Humanities of Ca’ Foscari University.

“A Human Flower Wall” was an artistic performance that aimed to represent and make people think about the contrast between an ordinary western society more and more inward-looking and an ideal society focused on reaching the 17 Sustainable Developments Goals symbolizing integration, welcoming and social inclusion. The action started ideally in Venice in the Spring of 2018, with the project “The Republic of Marvels”, where the students of Ca’ Foscari reflected on a desirable and utopic society based on a sustainable development, thus arriving in New York City, the contemporary Babel and unique melting pot, where the New York University shaped the original idea, transforming this dream into a real and pervasive action.

On 26 of May 2019 a critical, unique and cohesive parade of people walked across the streets of the Big Apple. Starting from the campus buildings of NYU Tandon School of Engineering in Brooklyn, they created a symbolic moving wall made of people and flowers, which represented life and rebirth. This particular wall go against any form of separation and division and it would like to become a bridge for a more equal and inclusive society without any kind of physical or mental barrier. 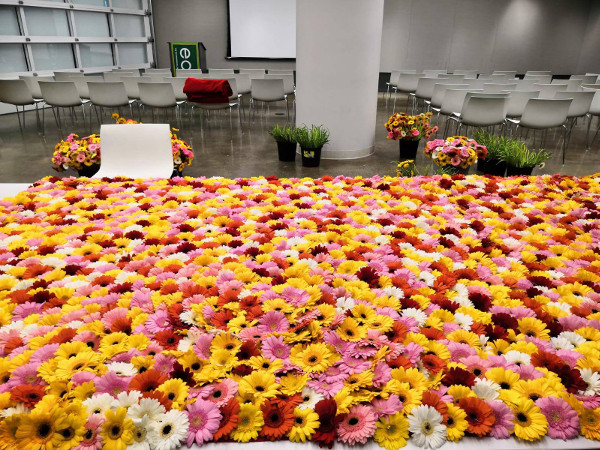 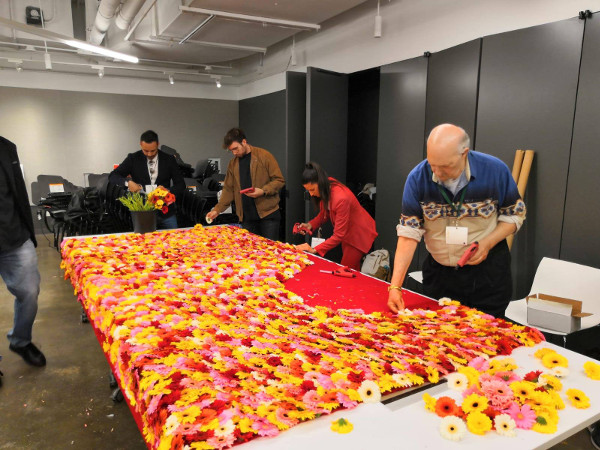 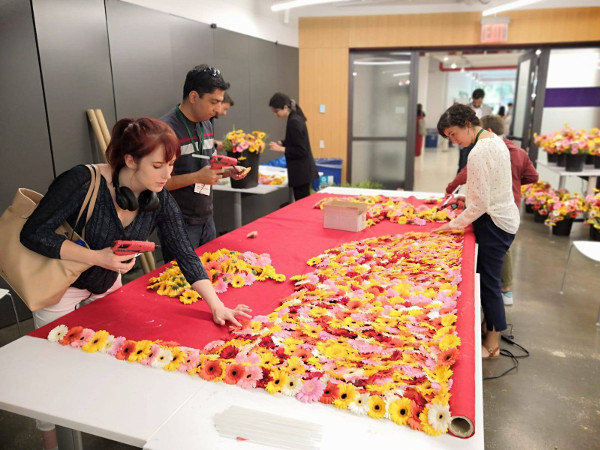 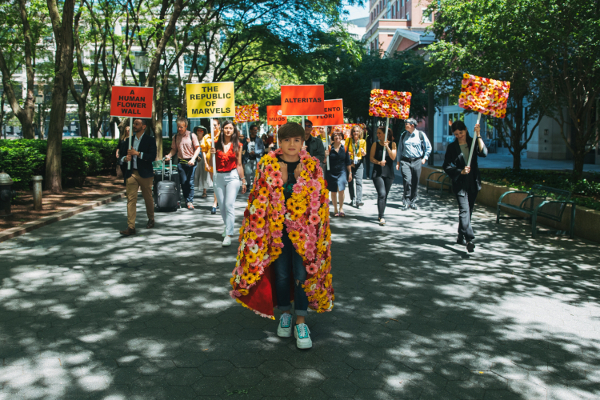 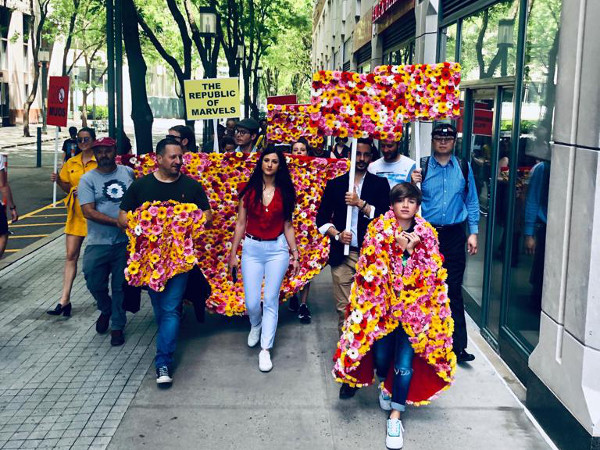 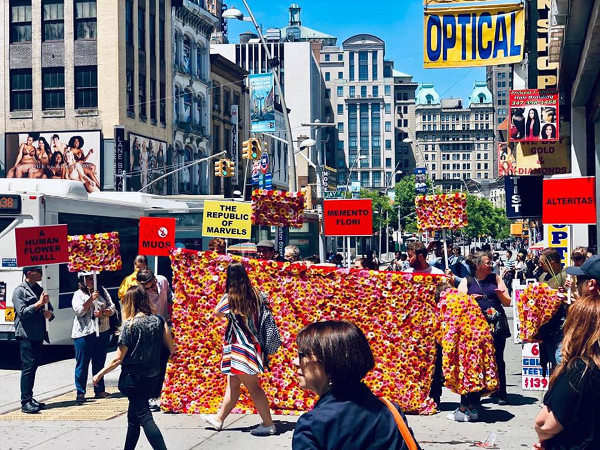 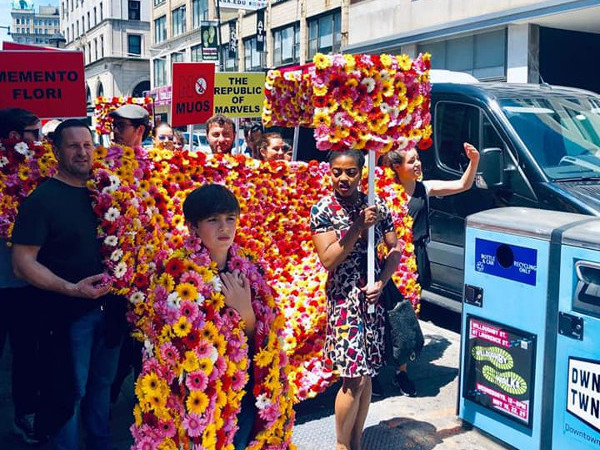 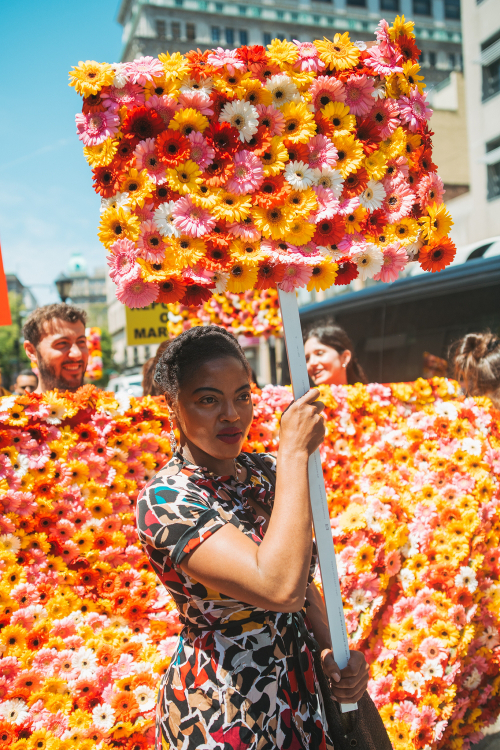 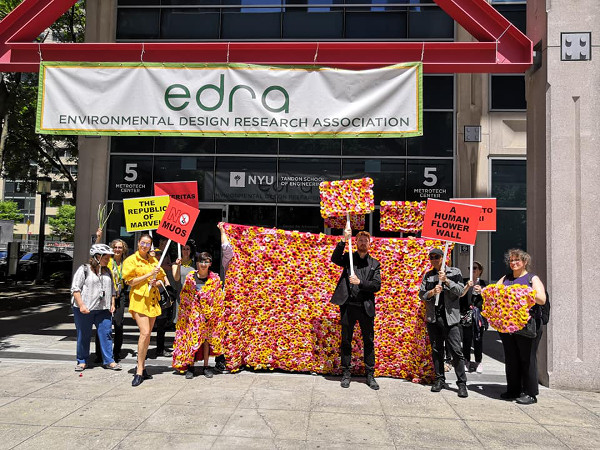 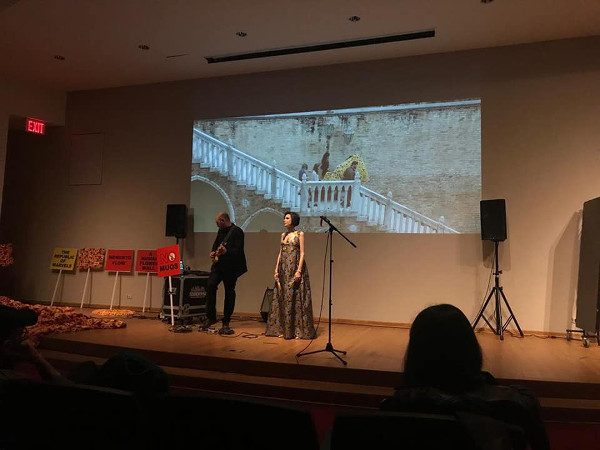 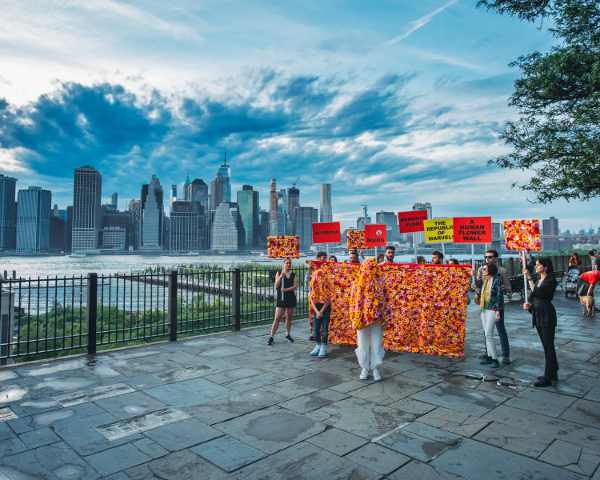 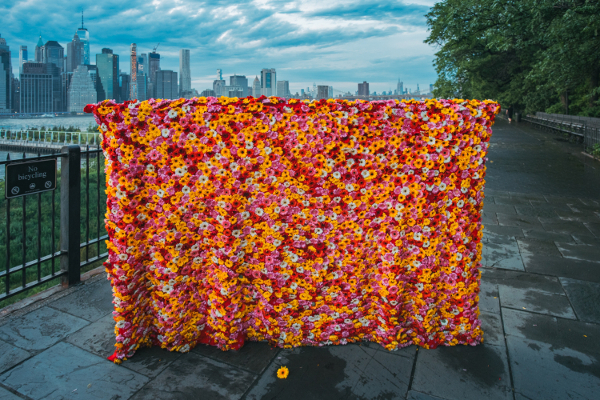 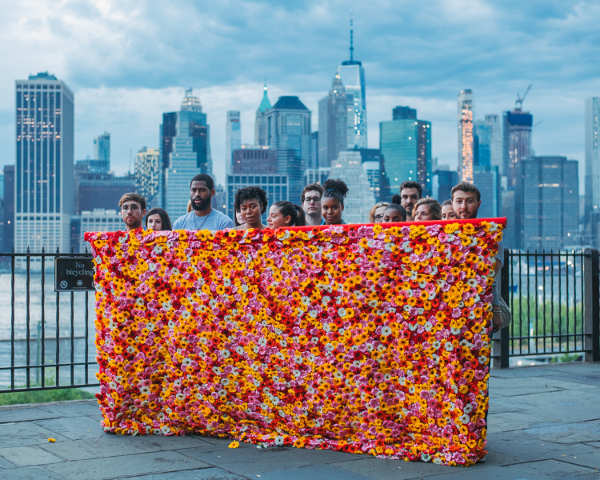 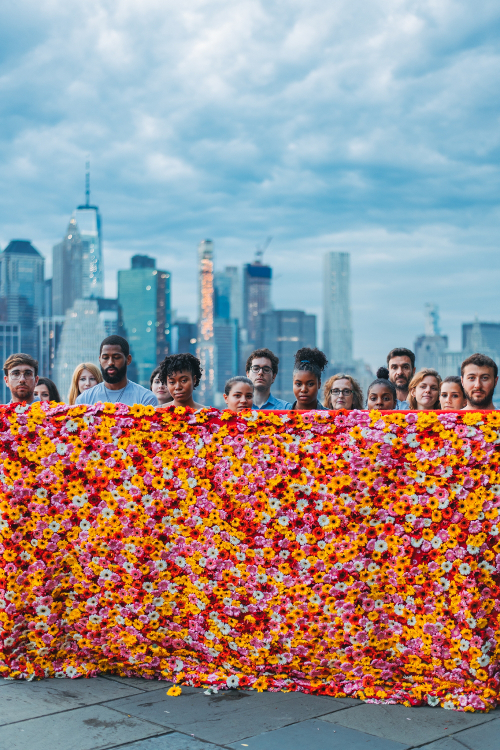 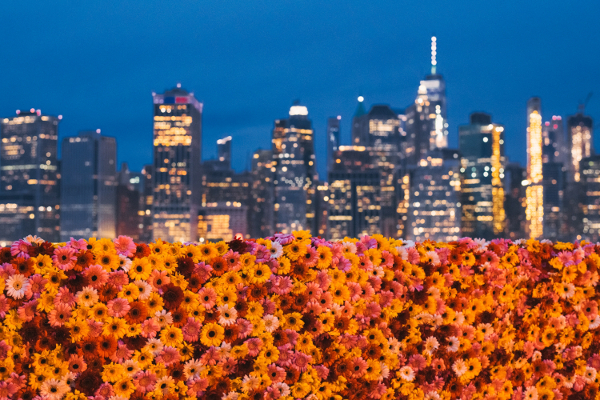 On Saturday, May 25, 2019, at the international urban sustainability conference EDRA50 Brooklyn, NYU Tandon holds a screening afternoon in cooperation with Ca’ Foscari University of Venice (Italy) showcasing recent video art devoted to the topic of sustainable urban environments. Ten short video art contributions by international artists will be presented that extensively deal with issues concerned with the goal of achieving sustainable cities in the near future. The event is part of an ongoing research project curated by Diego Mantoan, critic and art history professor at Ca’ Foscari University in Venice, together with Lara Gaeta, an expert in sustainable art and active at Hangar Bicocca in Milan.

The final selection presented by the curators and screened at NYU comprises the following artists:

The Republic of Marvels

La Repubblica delle Meraviglie / The Republic of Marvels is the new performance by art duo Vinci / Galesi (Sasha Vinci, 1980 and Maria Grazia Galesi 1988). The artistic project is curated by Diego Mantoan and Paola Tognon, and it was conceived after winning the Sustainable Art Prize 2017, launched by Ca' Foscari University of Venice, within the Ca' Foscari Sustainable Program, in collaboration with ArtVerona. The project is realized with the support of aA29 Project Room gallery (Milan / Caserta).

The Republic of Marvels is a collective action and a traveling performance, imagined and designed to create a space and time for reflection. This reflection will hopefully manage to evoke and re-enact the stories and desires of the communities that built the ancient lagoon city. The site-specific project is proposed as an action of wide resonance with the aim of soliciting gazes and reflections on the contradicting characteristics to all contemporary geographies. Through the use of flowers, an empathetic and direct metaphor of beauty and caducity, energy and fragility, The Republic of Marvels formalizes and restores the conflict that belongs to those who, without cancelling the complexity of the present, imagine new paths to global change; those who are aware of a renewed perspective on the future in continuity with the 17 UN objectives of the 2030 Agenda on Sustainable Development.

The "good place" for humanity

For this project, the duo Vinci / Galesi will further develop the research already carried out for Mutabis (Scicli) and La terra dei fiori (Royal Palace of Caserta), in which topics such as environmental, social and political sustainability have been approached with originality and effectiveness. The Republic of Marvels, like the "good place" for Thomas More, "wants to be a land in which to imagine forms of social renewal and sustainable development for a peaceful society, where culture dominates and regulates people's lives ... Our performance in Venice, the utopian city par excellence, symbolically becomes the moment in which a land of freedom and participation is set up". The Republic of Marvels reconnects itself to the history, nature and symbolism of the Venetian lagoon, thus becoming the place where every being discovers to be infinite and capable of shining with that wonder that nourishes the consciences.

Five Acts towards a concrete and sustainable utopia

Vinci / Galesi conceived the project as an alternative dimension to the real one, and considered the flowers as a point of departure because they are symbols of rebirth and wonder, as well as concrete raw material for both artists.  Therefore, the Venetian performance is structured in five acts which will take place in different locations of the city. The acts are a symbolic and cadenced representation of the constitution of The Republic of Marvels, an ideal, unexpected and extraordinary place, where humans question themselves about the relationship between art and life, and about the responsibility towards the existent. The Republic of Marvels will have its own drape, symbols, constitution, territory and population, as well as an anthem, in the form of a symphony composed of several movements. In the days leading up to the performance, Venice and Ca' Foscari University will become a laboratory for this utopia: students and researchers are invited by the artists - through workshops and meetings - to reflect on six chosen themes, seen as fundamental for the constitution of The Republic: alteritas, pluralitas, communitas, humanitas, naturalia et mirabilia.

The day before the performance, the artists, the Ca’ Foscari student community, together with all those involved in the project, will build the drape and other symbols by using the flowers. The creations will be carried to the heart of Ca' Foscari University during the performance of May 22nd. In October 2018, the whole artistic action will be gathered in an exhibition hosted at the University, at the same time as the next edition of ArtVerona. For the occasion, a catalogue will be published which - like a travel journal - will document the development of the project and will include texts by the artists, curators, students and all the people involved in this creative journey.

Vinci / Galesi’s project in Venice coincides with the 150th anniversary of the foundation of Ca 'Foscari University of Venice, which in 1868 became one of the first three business schools in the world, as well as the first Italian institute to include commerce in its curricula.

The symphony of La Repubblica delle Meraviglie, created by the artists in collaboration with the musician and composer Vincenzo Migliorisi, will be donated to Ca 'Foscari University, as a way to put into evidence the importance of institutions dedicated to research and knowledge for the realization of this utopia.

The project will be carried out in partnership with Mercato del Fiore Guarino and Kromato Edizioni. 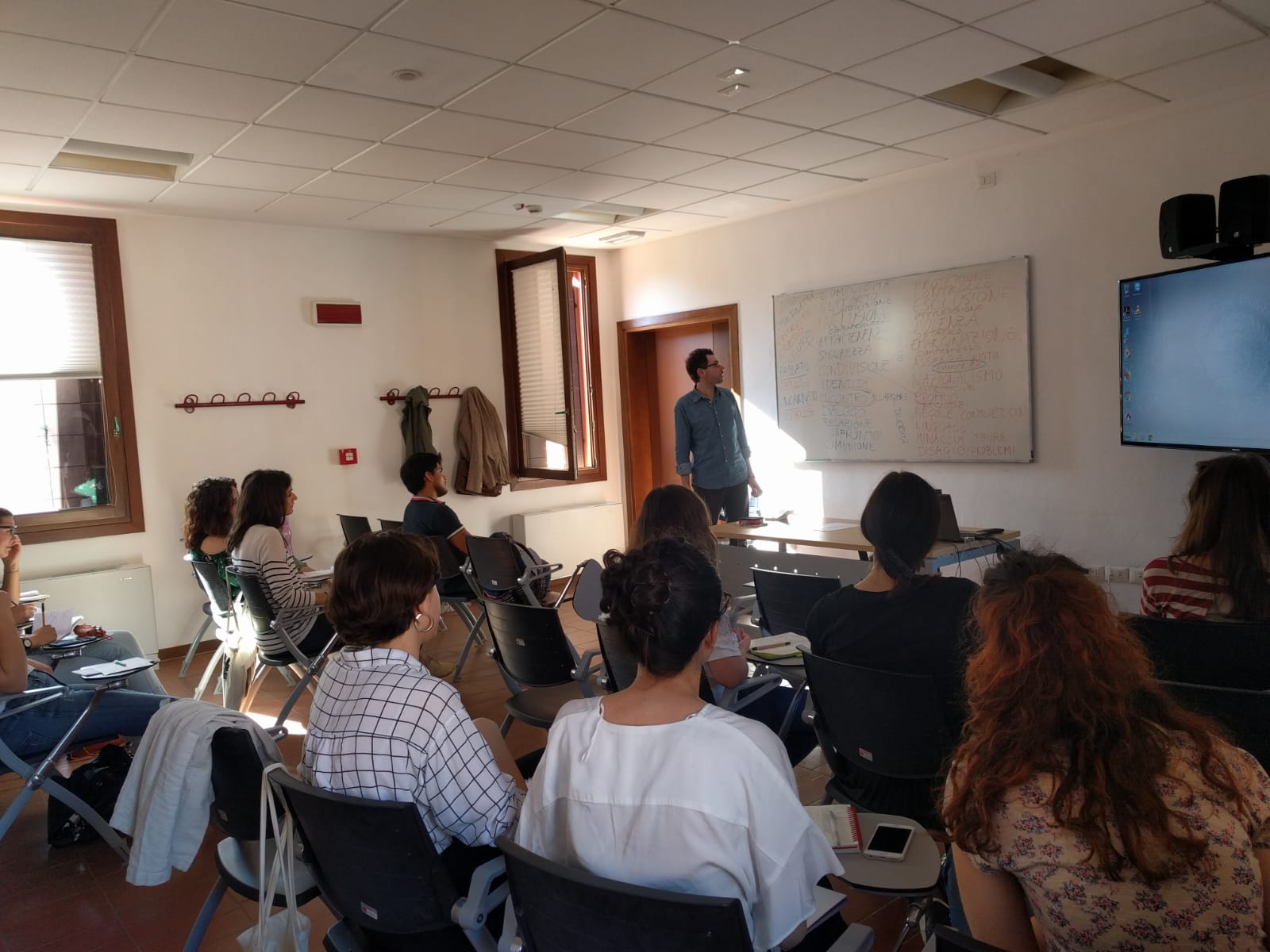 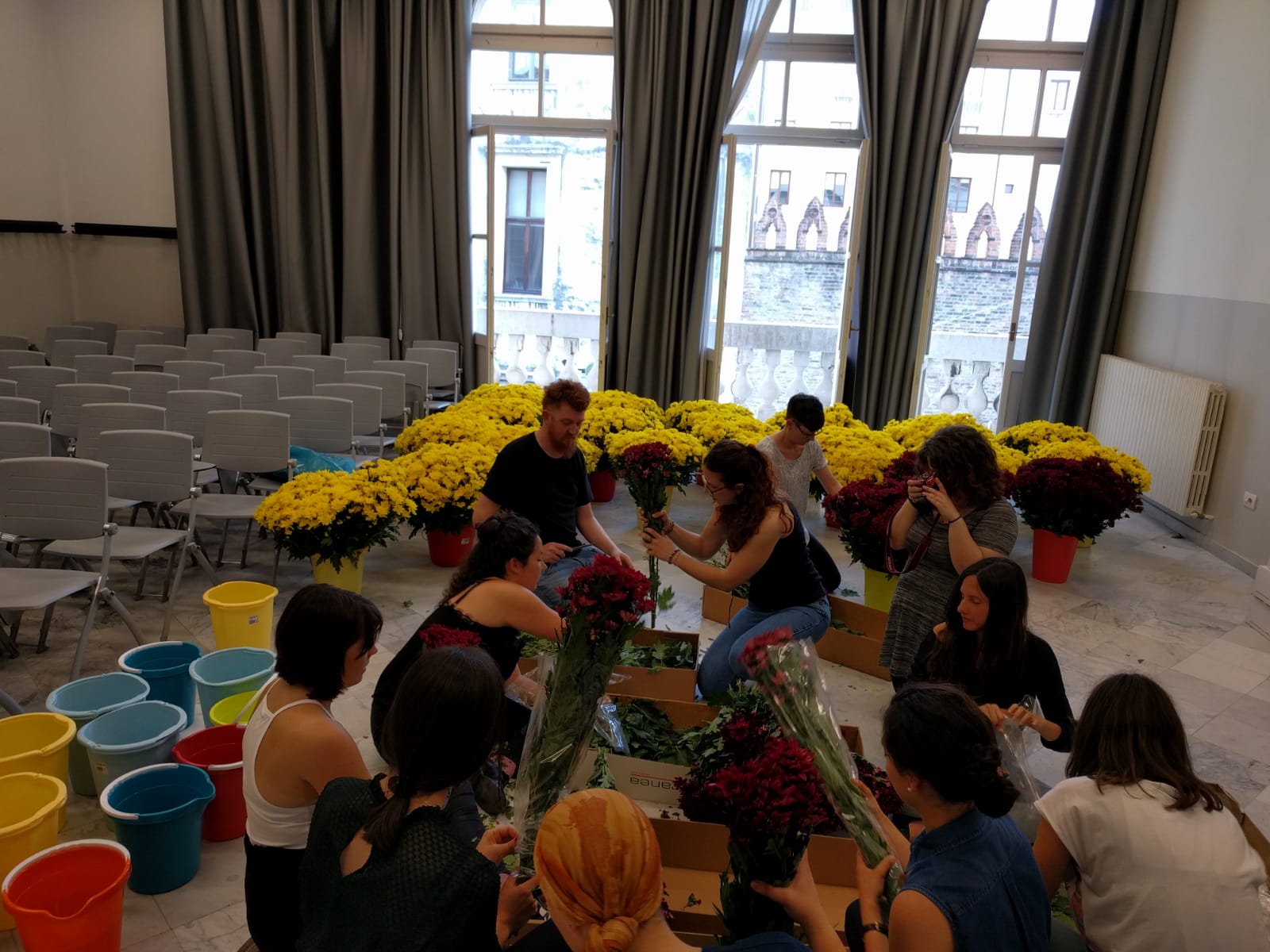 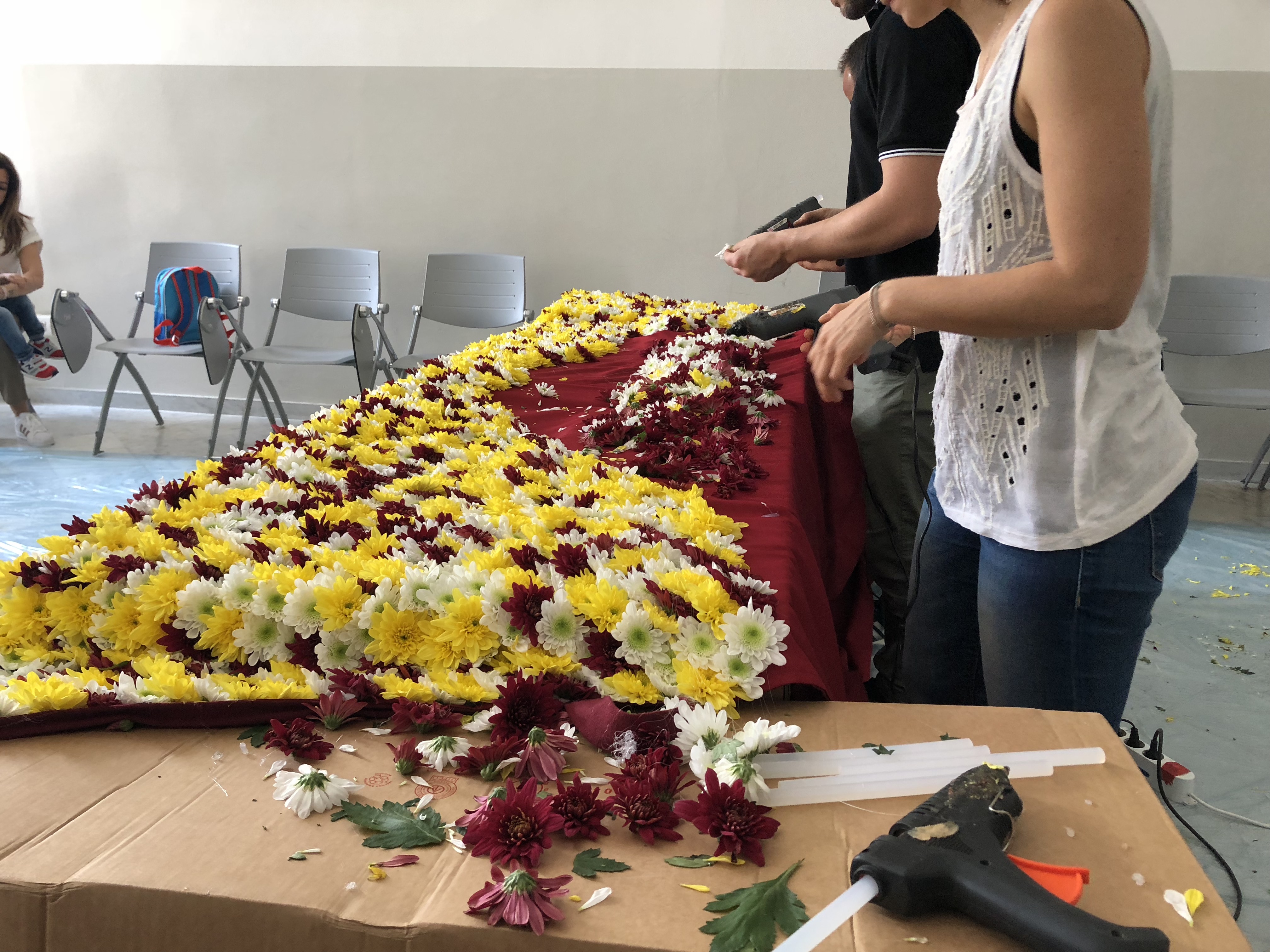 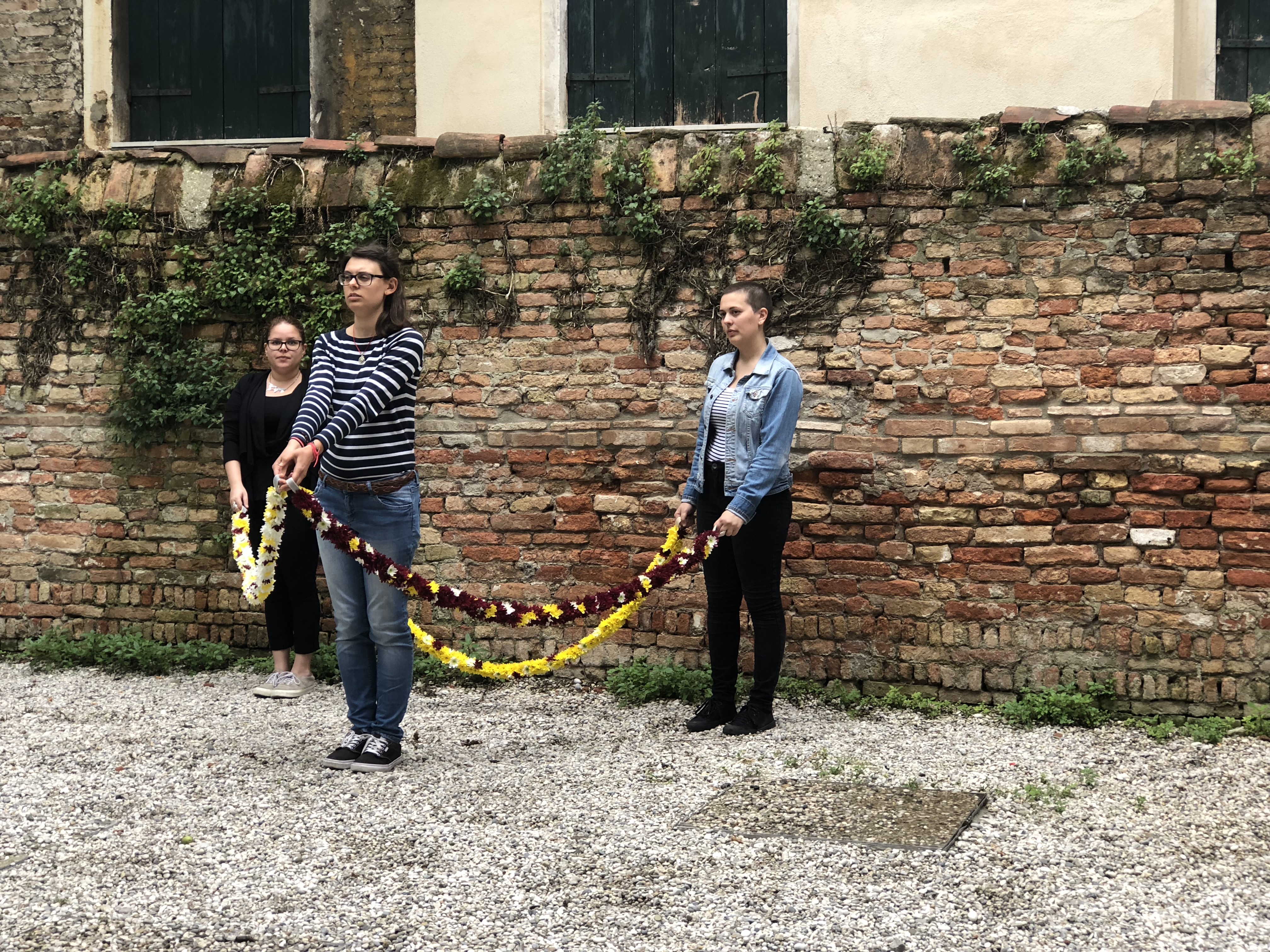 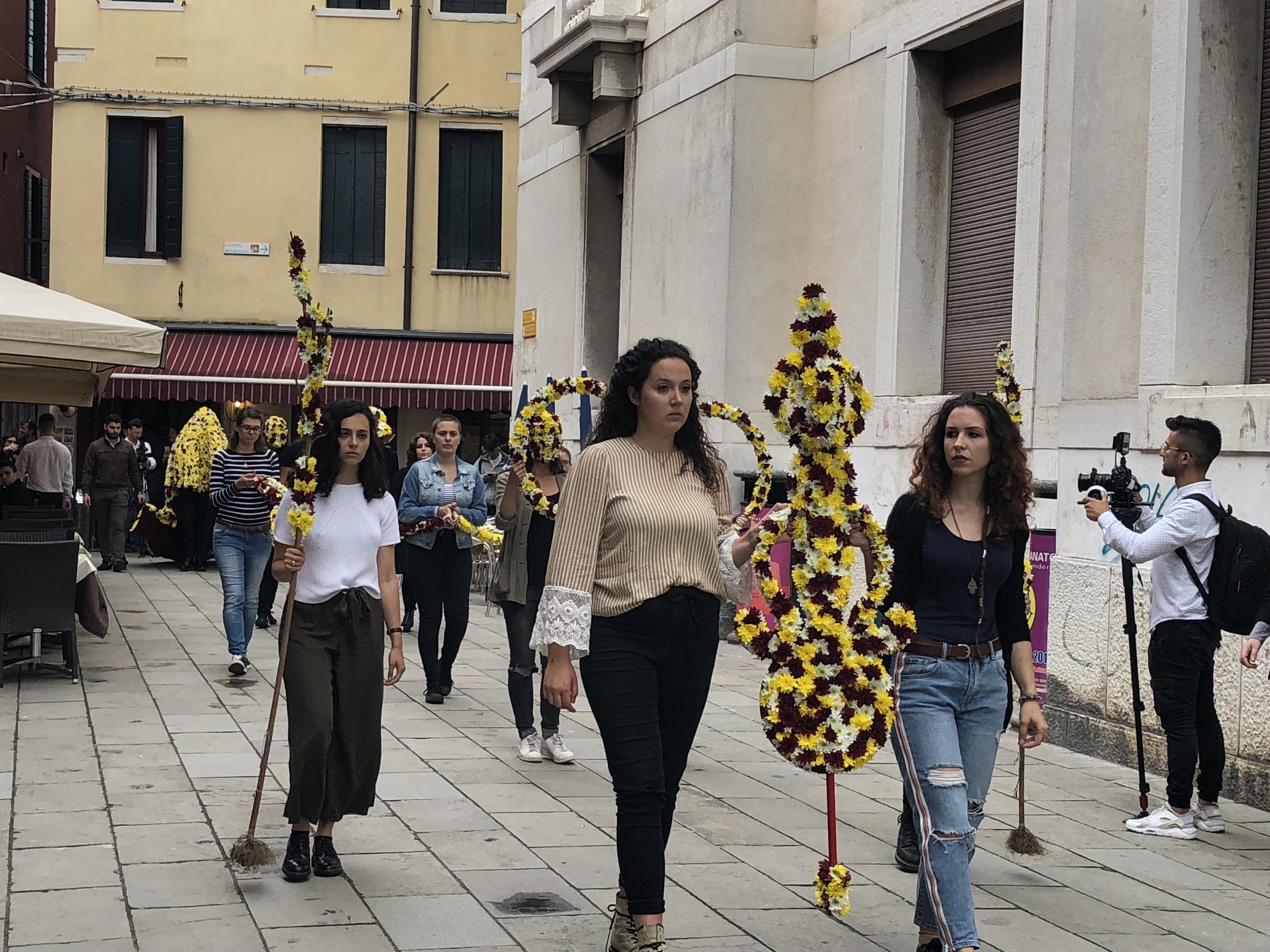 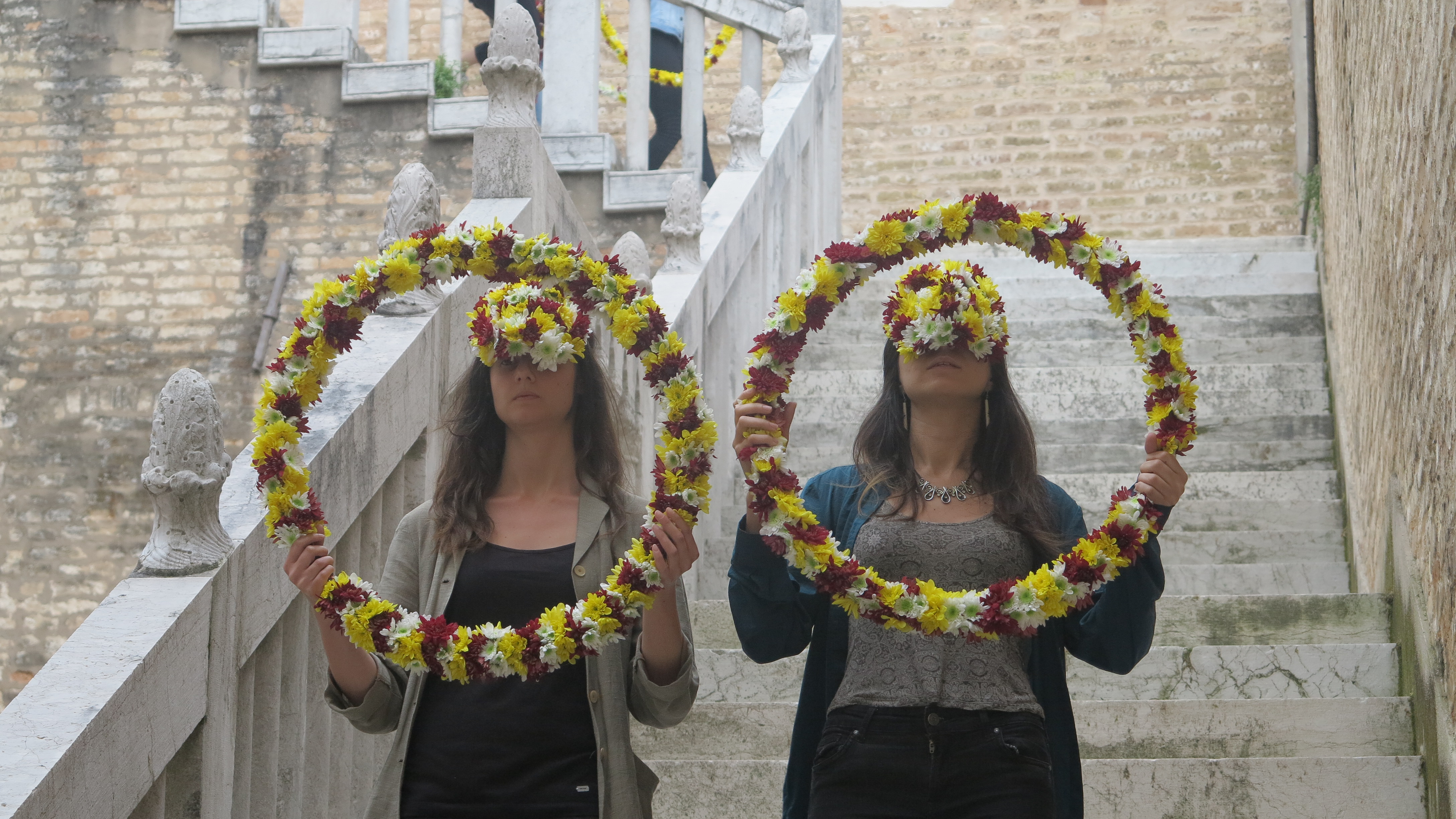 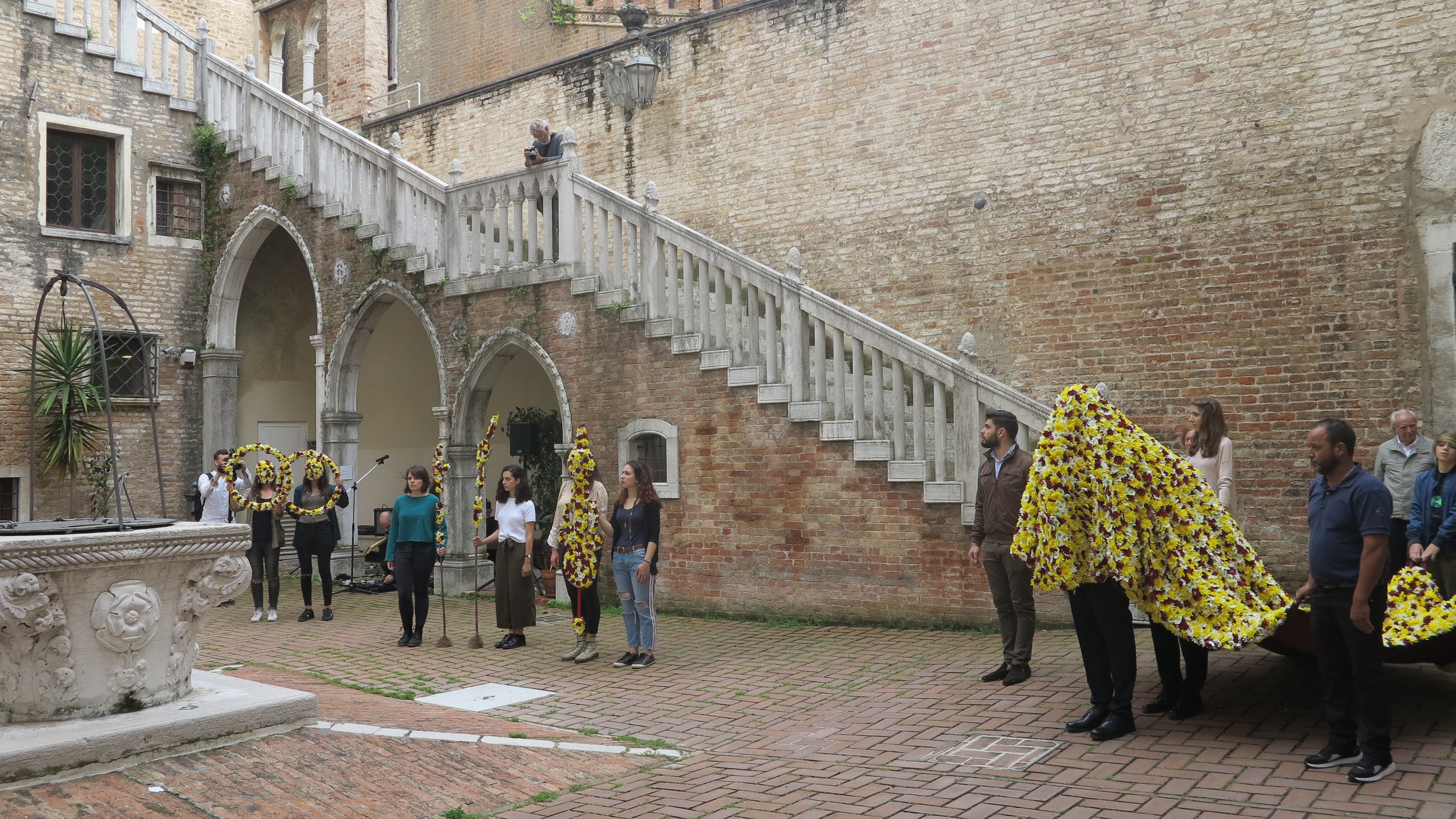 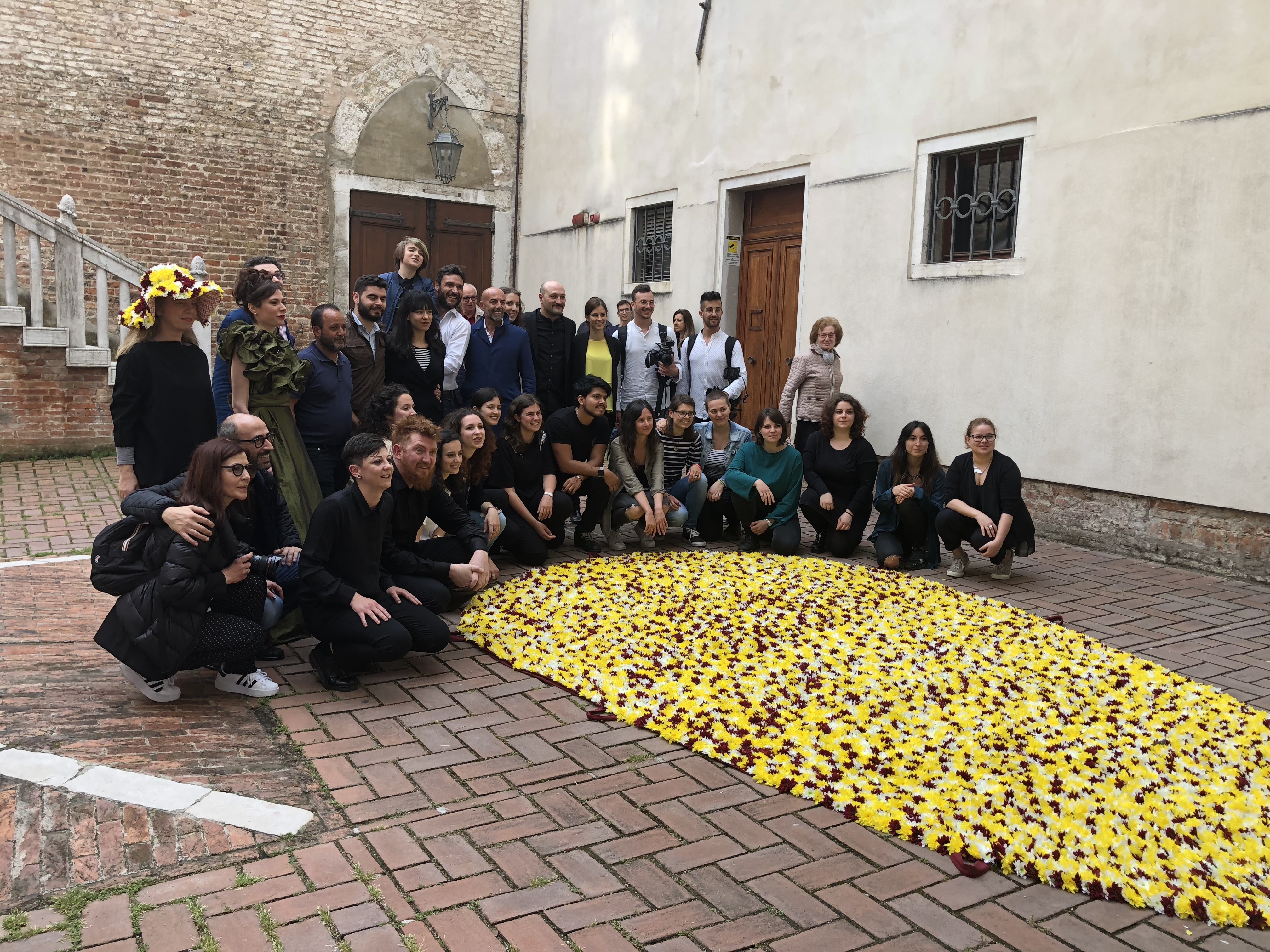