On 6 May, Ca’ Foscari University of Venice, in collaboration with the Veneto Region and Grandi Stazioni, unveiled the restoration of Sea Level Rise, a project merging art and science, made by visual artist Andreco in 2017.

The lines and numbers identifying the sea levels that could be reached in the next few decades are once again visible on the wall of the train station which faces the Grand Canal and Piazzale Roma in Venice. They were painted by Andreco five years ago and are the first mural on the Grand Canal. Next to it there is a six-metre-high installation on the resilience of the lagoon’s fragile ecosystem.

The work of art is a clear expression of the relationship that art and science can develop in order to face the urgent issues of climate change. In fact, it is an artistic interpretation of the scenarios forecasted by scientific research.

In 2017, Ca’ Foscari University of Venice embraced its civic engagement mission by focussing on the “artistic telling” of this data. With the AIKU centre, the university works on the interaction of art, entrepreneurship and culture. A work of art in a public space is subject to the same environmental changes it aims to draw attention to: it fades quickly and becomes harder to see. Sustainability is a key theme in this process and it transforms and evolves as science produces new results and updates its discoveries. Art follows this transformation and is like a living creature: it needs to be maintained.

The mission to restore the work of art was accomplished by Ca’ Foscari together with companies which provided material free of charge. One was Spring Color, a pioneering company in sustainable building which uses naturally-sourced materials and produces paint that does not release harmful substances. The other was De Castelli, a company that works with metal and merges craftsmanship with typically industrial processes to highlight the aesthetic and functional value of source material.

“Sea Level Rise was conceived in the Art&Business research theme, in which artists who differ in their techniques and styles can get to know entrepreneurs and managers, collaborating with them to create works of art,” says Fabrizio Panozzo, professor at Ca’ Foscari and coordinator of this project, which over the years has resulted in about thirty artistic collaborations in and with companies in the Veneto region. “These innovative processes require that we go beyond traditional concepts of philanthropy, patronage and sponsorship, and that we encourage companies to become directly involved in the making of works of art, with a view to their impact on the social and environmental context.”

Andreco is an artist and a researcher (he has a PhD in environmental engineering). He has recently retraced the sea level lines on the Grand Canal building so they can once again be seen clearly. The lines are light blue and can be seen from the “Vaporetto” water bus or when walking along the building. They show one of the most feared impacts of climate change. Between the lines there are formulas, symbols and acronyms belonging to the world of climate science, such as the increasingly-known “parts per million” (ppm) used to measure the concentration of CO2 in the atmosphere.

The nearby sculpture will once again host a herbarium of autochthonous plants which are used to facing tides on salt marshes or dunes which are currently defending the lagoon from erosion, storing CO2, and offering a habitat to multiple species. However, in a few decades these plants might not be able to survive the rising sea level.

“Our aim is to spark curiosity and invite questions on an issue that we must tackle: it is our responsibility to find a solution,” says artist-engineer Andreco, who designed this work of art by analysing scientific articles and IPCC reports, speaking with Ismar-Cnr researchers, experimenting with the use of metal in the De Castelli srl laboratory and of high-quality Spring Color srl products.

For Andreco, the Climate 04 Sea Level Rise project was the fourth chapter in a wider “art and science” project regarding the vulnerability of local territory. In this context, Andreco travelled to Bari to describe the acceleration of the desertification process. Following this experience, the artist founded the cultural association Andreco Studio - Climate Art Project, to promote projects that merge art, science, and good environmental practices. In 2019, the association travelled to Delhi (India) to create Climate 05 - Reclaim Air and Water, a mural and a performance on air and river pollution. Currently the association is working around the world by developing a series of multidisciplinary projects that aim to raise public awareness of the actions we need to take in order to oppose the social and climate crisis. 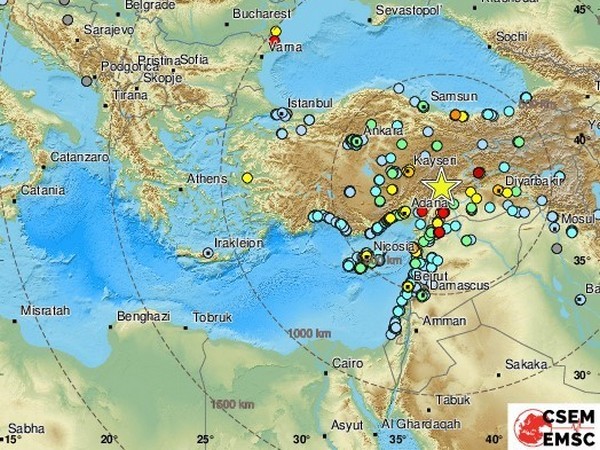