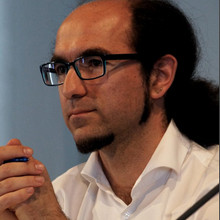 His research focuses on science, philosophy and literature in the early Modernity, as well as on historical epistemology. He has been working on the ontological and epistemological premises of medieval and early-modern natural philosophy and science up to the rise of mechanic visions of the world. Moreover, he has been investigating the history of cosmology and physics, in particular post-Copernican astronomy, mechanics and physico-mathematics. His inquiry into the history of science expands on the wide cultural interconnections of early scientific debates as well as on their socio-institutional embedment. His work on historical epistemology focuses on political epistemology along Gramscian lines of investigation. It comprises a critical assessment of the agendas underlying the historiography of science.

Among recent conferences, he organized the panel “Towards a Curriculum of Political Epistemology: Theory and Case Studies” at the 8th conference of the European Society for the History of Science in conjunction with the British Society for the History of Science (London, 14-17 September 2018) and, together with Tina Asmussen, the double session “Early Modern Geological Agency” at the Annual conference of the International Commission on the History of Geological Sciences (INHIGEO) (Mexico City, 12-17 November 2018).

Omodeo is the Principal Investigator of the ERC Consolidator Project Institutions and Metaphysics of Cosmology in the Epistemic Networks of Seventeenth-Century Europe, a comparative inquiry of early-modern cosmologies in their institutional, political, and confessional-ideological settings.

Among many other publications, he authored Copernicus in the Cultural Debates of the Renaissance: Reception, Legacy, Transformation (Leiden 2014) and co-edited with Prof. Karin Friedrich the volume Duncan Liddel (1561–1613): Networks of Polymathy and the Northern European Renaissance (Leiden 2016). He is presently completing a book in historical epistemology entitled Political Epistemology: The Problem of Ideology in Science Studies (Springer, in press) and the book (co-authored with Prof. Jürgen Renn) Science in Court Society: Giovanni Battista Benedetti’s Diversarum speculationum mathematicarum et physicarum liber (Turin, 1585) (Berlin: Edition Open Access, 2018/19). Moreover, he is editing the volume Bernardino Telesio and the Natural Sciences in the Renaissance, which will appear in the Brill series Medieval and Early Modern Science (expected in 2019). He is coediting (with Rodolfo Garau) the collective volume Contingency and Natural Order in Early Modern Science (Springer, in press) and is coediting (with Massimiliano Badino) the collective volume Cultural Hegemony in a Scientific World: Gramscian Concepts for the History of Science (for the Brill series Historical Materialism, expected in 2019).