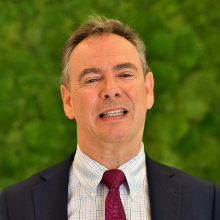 Optimization of processes and controls, Implementation of new systems

G3 Canada Limited is Canada’s newest big scale grain handler. G3 purchase a wide range of grains, oilseeds and special crops from farmers and third-parties across Canada and market them to customers around the world.

Minerva Foods is one of the South American leaders in the production and sale of fresh beef and its by-products, as well as live cattle exports, and it also maintains operations in the meat processing segment.

Salic is the Food Security investment arm of the Kingdom of Saudi Arabia, controlled by the Public Investment Fund owned by the government.

SALIC is in charge of food security on behalf Saudi Arabia  and investing several billion USD across over 20 countries to control access to and ability to buy 12 key soft commodities for which Saudi Arabia heavily depends on imports (wheat, barley, corn, sugar, rice, soybeans, greed fodder, vegetable oil, red meat, poultry, seafood, diary). At the moment the group, which is expected to grow 5x in the coming 6 years, holds investments in farms, logistic assets, industrial assets worth over $ 1 billion in Canada, Brazil, UK, Canada, Ukraine and Australia. Investments are a combination of fully owned subsidiaries, Joint Ventures and minority investments in public and private entities.

As SALIC Group CFO, I oversee all Finance activities (Treasury, Accounting, Control, Financial Transactions, Financial Planning & Analysis) in SALIC as well as in its fully owned subsidiaries and I am sitting in the Board of Directors and in Board Committees of its main invested companies. I manage with my team  the relationship with the financial institutions and investors. I also am very active in the definition of SALIC Strategy as well as in the investment activities, participating in the identification, due diligence, valuation and negotiation of the companies to acquire.

Bunge is a leading global Agribusiness and Food industrial group listed at the NYSE, present in all continents with over $ 40 billion turnover and over 30,000 employees

I oversee all Finance, business development as well as all IT and procurement activities in the region, with a team of over 70 people in the different countries.

-       revamp of the finance function in the region, with significant improvements in the efficiency and effectiveness of the processes

-       dramatic improvement of the control environment, with elimination of SOX deficiencies

-       inorganic growth with important acquisitions and capital investment projects for over $ 400 Million.

Reporting to the Bunge Limited Chief Financial Officer, I lead a multi-year global transformation of the Finance area involving 1400 people and affecting all Bunge regions. I was also in charge of Enterprise Data Management, with the goal of improving data quality and introduce strong data governance across the group.

Key achievements of the position were:

-       standardization, automation and leverage all finance processes and activities

-       significant cost reductions (over $ 20 M /year) and improvements  in  the quality of data, systems and people,

Reporting to the Bunge Europe CEO,  I was in charge of M&A sourcing and execution, Capex project approval, coordinating innovation project across the region.

Major achievements of the position were:

-       revamping the M&A function in Europe with optimization of the planning processes;

Reporting to the Group Strategic Planning VP, I was in charge of facilitating the definition of the group Agribusiness strategy, the capital allocation across regions and the approval by the CEO and the Board of directors of all major group agribusiness related acquisition and capital investment.

Key achievements of the positions were:

-       promoting the entry of the group into the biofuel industry in North and South America, with the approval of new capital investments and JVs

Reporting to the Bunge Europe CFO, I was in charge of financial control, consolidation, and tax across BEMEA.

Major achievements of the position were:

- financial and tax integration in Bunge of the Cereol Group (4,5 billion USD turnover, acquired by Bunge in October 2002)

- migration from French Gaap to US Gaap reporting standard

- improved group reporting frequency and timeliness: from every 3 months on D+ 20 to every month on D+5

Cerestar, with about € 2 billion turnover, was the European leader in the starch industry and derivatives. It was listed at the Paris Stock exchange

Reporting to Cerestar CEO, major achievements of the position were:

-       significant recovery of the operating result;

-       organizing and supervising the due diligence of the Cerestar Group by Cargill, concluded with the sale of  Cerestar to Cargill;

-       financial integration of Cerestar in the Cargill Reporting System and

-       de-listing of Cerestar from the Paris Stock Exchange.

Eridania Béghin-Say (EBS) was a multinational group active in the agro-industrial sector with an annual turnover of approximately 10 billions € and more than 200 subsidiaries in about 35 countries.

Reporting to the Group CFO, I co-ordinated 9 tax managers in different countries/areas with responsibility  for Group tax policy, tax optimisation and involved in all important M&A deals.

Reporting to the Group tax director, I was responsible for international tax planning and for the tax optimization of the restructuring and divestiture of many foreign subsidiaries to allow the reduction of the very large group consolidated debt

Assicurazioni Generali is one of the largest European insurance groups, listed at the Milan stock exchange