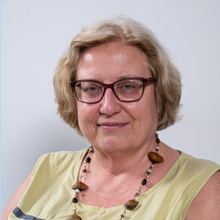 Research interests
My research activity is focused mainly on paleoenvironmental and paleoclimatological studies, with particular emphasis on the climatic interpretation of water stable isotope records (d18O, dD and deuterium excess) of Antarctic and Alpine ice cores as well as to the application of the stable isotope geochemistry to hydrological, oceanographic and glaciological studies.
I carried out research projects both in the Mediterranean Sea (deep anoxic basin in the Eastern Mediterranean; isotopic studies in the Adriatic sea) and in the Western Ross Sea (Antarctica).
My research interest was also dedicated to the study of the oxygen isotope composition of the phosphate in mammal bones and teeth. The calibration curves obtained from present-day organisms allowed the paleoclimate reconstructions to be performed on fossil specimens.
During the past twenty years I have been mainly interested in the research focusing on the application of the isotope geochemistry to the study of snow, firn and ice cores retrieved from Antarctica through the determination of the oxygen (d18O) and hydrogen (dD) stable isotope composition and tritium activity in the framework of national and international research projects funded by PNRA and E.U.
I also contributed with isotopic measurements to research projects focused on the characterization of groundwater and precipitation in Friuli Venezia Giulia region where a precipitation network was maintained. Several collaborations are active with research groups of hydrology of different universities through the d18O, dD and tritium activity analyses on water samples from groundwater, springs, meteoric waters and landfill leachates.
I acquired a very good knowledge of the management of the instrumentations used in isotope geochemistry laboratories: mass spectrometers for light elements (Finnigan Delta E, Delta S, Delta Plus; VG Optima) laser spectroscopes (PICARRO) and manual and automatic preparation lines for analysing the isotopic ratios (18O/16O, D/H, 13C/12C) of different sample types: waters, carbonates, silicates (whole rock or single phases), phosphates and sulphates.
I am in charge of the following instrumentations for PNRA: one mass spectrometer Delta Plus Advantage of Thermo, with an HDO device; one laser spectroscope, Wavelenght Scanner Cavity Ring-Down Spectroscopy of PICARRO, for measuring the oxygen and hydrogen isotope composition.
These research activities result in 98 scientific publications on international journals, proceedings or volume chapters of which 76 in peer reviewed journals indexed in ISI Web of Science (76 papers, 4222 citations, h-index of 26) and scientific contributions to national and international conferences (>200 contributions presented as author or co-author), also invited ones; furthermore, I am carrying out several reviews for international scientific journals and research funding agencies.