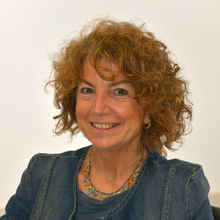 RESEARCH ACTIVITY
The lines of research can bebriefly summarized as follows:
- Multidisciplinary research for the characterization of hydro-morphodynamic alterations in the Venice Lagoon. Investigation of the hydrodynamic effects resulting from the transit of large ships. It has been demonstrated that ship traffic in the Malamocco-Marghera canal is the main environmental stress factor. The activity, aimed at characterizing the waves generated by ships, was integrated with sedimentological and morphological analyses, with "Remote Sensing" techniques, for the evaluation of the erosive processes in progress. The main environmental stressors due to ship traffic have been identified and the relationships between them have been identified, to establish measures to mitigate impacts and management strategies for a more sustainable port.

- The adaptation to sea level rise (SLR) of two cities such as Venice and Miami (USA) was the subject of the study which provided useful information for other similarly vulnerable coastal cities. Both Venice and Miami are coastal cities highly vulnerable to SLR and climate change. Although very similar in population numbers, infrastructure development, cultural heritage and economic dependence on tourism, as well as availability of technological expertise, their responses to SLR are quite different. During the study, data relating to the biophysical environment of the two cities, socio-economic characteristics, administrative arrangements, vulnerability, and responses to SLR and flooding were collected. A qualitative approach was used to illustrate the adaptation policies in the two cities. On the basis of the collected elements, a critical comparison of the adaptive responses of Venice and Miami was made, and it was highlighted how each city could learn from the other, as well as offering indications for other vulnerable coastal cities.

- Study of the composition and provenance of marine sediments of coastal systems composed of mixed, terrigenous-carbonatic materials, with a focus on the western coasts of Sardinia. This study quantified the contribution of biogenic sediments, mainly produced in Posidonia oceanica meadows and secondarily in photophilic algal communities, to the sediment budget of a Mediterranean beach-dune system. Through geophysical investigations, sedimentological and morpho-petrographic characterization of rocks and sediments, the volume and composition of the beach-dune system was estimated. The aim of this study was to compare the long-term deposition rate of biogenic carbonate sediments in the system with the estimated carbonate production rates of adjacent carbonate production areas. The resilience of these systems to climate change and sea level variation expected in the future was also assessed. The study continued by quantifying the effect of the predicted ocean acidification (OA) on the long-term sediment balance of a beach-dune system. OA is expected to affect carbonate sediment production areas, increasing the dissolution of CaCO3 and causing net sediment loss from the system. Furthermore, reducing the amount of carbonate sediments supplied to the system will affect the speed at which the system is able to adapt to the SLR.

- Study of the recent morphosedimentary evolution and distribution of benthic habitats in areas of the tidal mouth (mouths of Chioggia and Lido). These areas were studied thanks to repeated bathymetric surveys with Multibeam Echosounder and through the collection of photos of the seabed, sediment samples and satellite images. It was therefore possible to carry out a geomorphological and sedimentological characterization of the seabed, identify habitats and biocoenoses, recognize recent changes (2011-2016) especially induced by recently built anthropogenic structures (MoSE).

- Study of the availability of coastal habitat for the Monachus monachus monk seal in the Salento area. Identification and mapping of caves. Organisation of a land register of sites useful for nesting.

- The study of the morphological evolution of the barrier island of the Lido of Venice from the 1950s to today is aimed at analysing the impact of the SLR on the Venice coast, which is particularly sensitive to the risks of flooding and prone to being eroded. This area represents an interesting case study where actions for environmental protection and recreational use must coexist. The aim of the research is to understand how the Venice Lido will respond to the SLR (2100) from a morphological point of view and what the economic and environmental impacts will be.

- Study of the historical sedimentological changes in relation to the hydrodynamic and to morpho-bathymetric changes in transitional environments (the Lagoon of Venice, the Lagoon of Cabras, the lagoons of Lesina and Varano). The approach has the potential to create the basis of an abiotic classification of habitats by identifying sedimentological and hydrodynamic parameters that describe the conditions of these transitional environments.

- Mineralogical and sedimentological characterization of particulate air pollution of desert origin (natural) and anthropogenic, that settles in in marine and coastal areas of the Mediterranean, to interpret some issues of global change related to these phenomena. Studies in the coastal area of Sardinia and in the Venice Lagoon.

- Characterization of the sediments of transition environments through the identification of a specific particle size fraction that is independent from the analytical method applied. This fraction could be successfully used in ternary sedimentological classifications of sediments. This fraction also has an environmental significance in coastal lagoons in terms of hydrodynamics, organic enrichment, and assembly of the macrozoobenthos.

- Study of aquatic ecosystems, through the analysis of the sediments (petrological, sedimentological, and geochemical characterization) to assess the evolution of the environment. These studies were conducted in transitional and coastal marine environment (the Lagoon of Venice, the central and northern Adriatic Sea, the Gulf of Oristano, the Western Mediterranean Sea). The geological characterization has been linked to the management of these environments, with particular attention to the integrated management of the coastal area, in which natural and anthropogenic processes are tightly linked.

- Focused on the determination of the petrology, structural, and chemical properties of detrital minerals and rock fragments. I tried to relate these properties through the mass balance to infer the percentage contribution of source rocks in sedimentary bodies terrestrial and lunar regolith through time.

RESEARCH POSITIONS AT UNIVERSITIES AND RESEARCH INSTITUTES, FOREIGN AND INTERNATIONAL
October 1998 - November 1999
Visiting Scientist at the Rosenstiel School of Marine and Atmospheric Science, The University of Miami. Research Project: “Study of coastal areas and application of the costal zone management concepts”.

March 1992 - March 1993
Post-doctoral Fellow, Department of Environmental Sciences, University Ca’ Foscari of Venice, Italy. Research project: "Sedimentary Processes from the past to the present and their influences on environmental quality of the Lagoon of Venice”

Year 20015
Editorial board of Research Journal of Environmental Sciences (starting up).

ASSIGNMENTS IN ITALY AND ABROAD
March 1995 - March 1998
Member of the Developing Countries Library Committee of the Society of Sedimentary Geology (U.S.A.).

Year 1996-1997
Divulgation of scientific information among the members of the “Italian Society of Mineralogy and Petrology (SIMP)”, via- SIMPNET network.