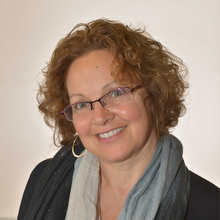 Professor of Classical Chinese, Religions and Philosophy of China at the Department of Asian and North African Studies, Ca’ Foscari University Venice (L-OR/21).

President of Univeneto Foundation, from January 2022

Member of the CRUI (Conference of Italian University Rectors) Council, since February 2022

Member of the Board of Directors of Eutopia European University, since 2021

Member of the Academic Senate of Ca’ Foscari University (as from 1 November 2006);

Delegate of Ca’ Foscari University Rector for the relations with the International Institutions in Venice (2008-2011);

Academic Board of the Collegio Internazionale Ca’ Foscari

Vice President of the European Association of Chinese Studies (2011-2012);

Board-Member of the European Association of Chinese Studies (2009-2012);

Member of the Italian Association of Chinese Studies;

of the Board of Directors of Venice International University;

“The Taxonomy of Good Signs: Prophecies or Responses?”, Mantic Arts in China, Research Consortium Fate, Freedom and prognostication, Strategies for coping with the Future in East Asia and Europe, Friedrich-Alexander Universität Erlangen-Nürenberg, July 19-22, 2016.

“Why was Shen Yue so fond of Auspicious Omens?”, Workshop Divination and the Strange in Pre-and Early Modern East Asia and Europe, International Consorium for Research in the Humanities, University of Erlangen, October 27, 2015

“Translating the Zhongyong 中庸: some key concept through the interpretation of the Jesuits”, 首届国际汉学翻译家大会，北京大学国际汉学家研修基地（ICAS，International Academy of Chinese Studies), Peking University, Beijing 1-2 November, 2014.

“Relying on shi: the propensity of time and the power of the position vs. the ruler’s virtue”, 20th Biennial European Association of Chinese Studies Conference 2014: Braga, University of Minho, 25 July 2014.

2008
“The Notion of “centrality” in classical Chinese thought: Excerpts from the Zhongyong and some related texts”, paper presented at the XVIth European Association of Chinese Studies Conference, Lund, August 2008;
“Hymns and auspicious images for eternity in Later Han stone inscriptions”, Symposium Buddhist Epigraphy in China: State of the Field and New Methodologies, The Institute for East Asian Art History, Heidelberg 3-6 July, 2008;
“The perception of the classics in the West: reading and exegesis”, in Hypómnema, memory and oblivion of the classic, organized by Padova University and Verona University, 2008;