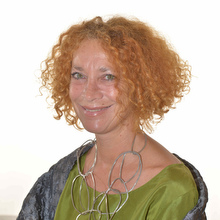 Graduated in Oriental Languages and Literatures (Arabic) from Ca' Foscari University, PhD in “Studies on the Middle East and the Maghreb from the founding of Islam to the Present day” at the University of Naples “L’Orientale”.

Her scholarly activity has followed a number of distinct lines of research.

The main line has concerned the Koran as viewed, both lexically and with regard to differing interpretations of content, in the subsequent Arab Islamic literature. To this area belong especially her studies on evil (2002), on such individuals as Mary (1990 & 1997), Cain (1999), Pharaoh (2004), Jonah (2006), and on the question of religious freedom, how the female is perceived (2009), the Night Journey and the Prophet's Ascension (2010). These studies are based on the most representative, mainly Sunnite, works of exegesis in the Arabic language, from the beginning until the present day, noting the authors’ affiliations to the principal schools of thought. In the same direction and working from the same sources, the encyclopaedia entry al-Fātiḥa (2013). Still in the same area but for a more general readership, a complete and partially annotated translation of the Koran (2010), essays on the angels (2012) and on the concept of “the chosen people” (2015), editing the Italian editions of the Dictionary of the Koran (2007) and of J. Van Ess’s Flowering of Muslim Theology (2008), and an essay on kalām (2005).

In a different but rather similar vein are a series of recent studies on religious ethics, part of an ongoing research project, particularly and thus far, on the obligatory nature of employment (2012), on gratitude or šukr (2012), redirection or tawba (2013), judiciousness or ḥilm, peace or salām, and mercy (all 2015); silence and speech etiquette (2016); tenderness or rifq, welcoming and hospitality, moderation or wasaṭiyya, and beauty as an Islamic value, modesty, decency and discretion (all 2017); patience (2018) and tolerance (2019). In these cases the enquiry is based on the canonical texts and the principal exegesis, on the religious adab literature, focusing on the classical period (e.g. Ibn Abī al-Dunyā), but also following it through to the modern and contemporary periods. From the same sources also the encyclopedia entry Gratitude and Ingratitude (2014). These works on Islamic morality finally flowed into The virtues of the good Muslim [Le virtù del buon musulmano], 2020.

Another direction of study takes in elements of convergence and divergence between Islamic, Christian and Jewish religious thinking as reflected in Arabic mediaeval literature. To this area belong studies on Job for the Guida dei Perplessi (1997), on “the Golden Rule” (2004), on the correspondence between Ibn al-Munağğim e Qusṭā ibn Lūqā (2004), on the ethical theory of Yaḥyā ibn ‘Adī in the Tahdhīb al-akhlāq (2009 and 2019), and a number of general academic works on, for example, Christian elements in the formation of Arabic philosophical thought (2005).

A more recent line of interest focuses on some symptomatic figures in cultural relations between the Islamic world and the West. To this line belong the studies on Mayy Ziyāda (1886-1941) and Maria Nallino (1908-1974), both 2018; and on Abdallah Bin Bayya (2020).

Another strand concerns adab literature on jewels and precious stones; in this context an essay on the writings of al-Tifāšī (1999), and a general academic work on that author (1999).

2002 - 2004: lectureship in the History of Religion in the Islamic World, Oriental Civilisations LT, University of Urbino.

Various other lectures and seminars held in universities and research centres in Italy and abroad.

An intense and continuing commitment to the furtherance of Arabic and Islamic Studies at Research and Cultural Institutions in Italy and abroad (“third academic mission”).

2015 – today: sits on “Committee for Islam in Italy”, Ministry of Interior.