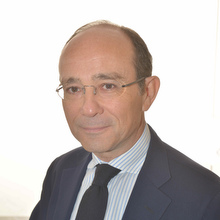 (from 1999 to 2003, Aggregate Professor of Comparative Politics, Faculty of Economics, Bocconi University, Milan);

From 2000 to 2006, Associate Professor of Law of African and Asian Countries and Comparative Legal
Systems, Faculty of Law, University of Lecce;

From 2007 onwards,  Associate Professor of Comparative Law and  Law of East Asian Countries, University of Venice

He has participated in international symposia and has given lectures at a range of universities and professional organizations both in Italy and abroad.

Professional experience:          From 1989 to 1993, Secretary General of the Italian-Chinese Chamber of Commerce, Milan;

On a professional level he has been actively involved in various aspects of Italian-Chinese trade, providing legal assistance to a number of major companies in their investment projects and joint venture initiatives in China and other East-Asian countries.

EU-China Dialogue:              From 1991 onwards, consulting the Italian Ministry of Foreign Affairs on various aspects of Italian-Chinese cultural and political relations, in particular as designated national expert to several sessions of the EU-China dialogue on Human Rights (1999-2001-2007-2008).

Vice President of the Italy-China Chamber of Commerce;

Senior Academician of the Accademia Ambrosiana;

Board member of the Italian Chamber of Commerce for South-East Asia;

Director of the Scientific Committee of the Journal Mondo Cinese