Ca' Foscari rewards those who stood out for their excellence in science and academia in Italy and abroad as well as its best professors and students.

Ca’ Foscari University of Venice recognizes the title of Ca’ Foscari Honorary Fellow to distinguished academics in the arts and sciences, in society or to outstanding personalities who carried out measures for the university contributing to its international prestige. Submitted names are approved by the Academic Senate and by the Rector. 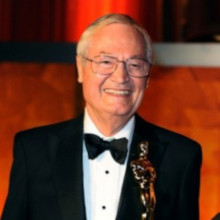